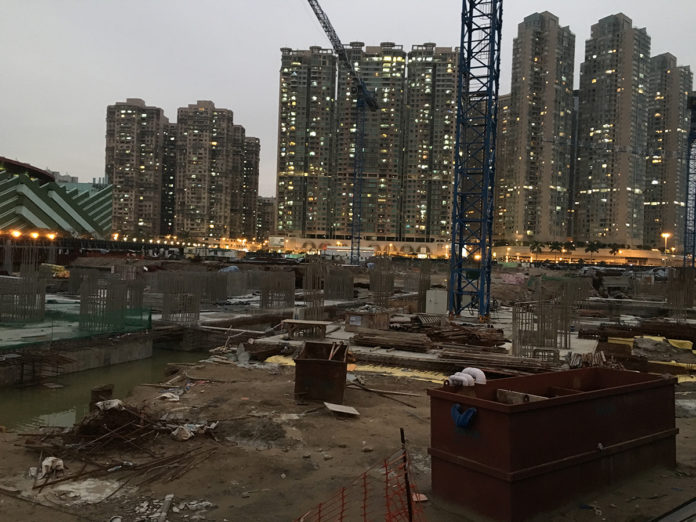 The Macau Urban Renewal Ltd. Chairman of the Board of Directors, Peter Lam Kam Seng, indicated that the public company has already approved 1,022 requests from Pearl Horizon buyers applying to receive replacement housing.

The head of the public company responsible for urban renewal, the Legal Affairs Bureau  (DSAJ) Director , Liu Dexue, and the Secretary for Administration and Justice Sonia Chan Hoi Fan met with an association of Pearl Horizon buyers on Thursday to discuss the construction of the new housing units at the old project land plot in Areia Preta.

The deadline for applications for replacement housing finished on August 16, with authorities having indicated previously that more than 2,000 buyers were eligible for the scheme, with some 1,686 applications received as of July.

Buyers involved in the failed project intended to know more about housing for exchange, such as progress, building patterns, future construction planning and living facilities.

While answering the questions, Peter Lam indicated that housing exchange construction standards are in line with those of private buildings, ensuring the quality and safety of the building.

The urban renewal public company chairman also revealed that development would space reserved for living facilities, owners’ club, auto silo and sections that would improve traffic in the area, however, he noted that more time was needed to detail the concrete planning.

With the deadline for applications for replacement housing having finished on August 16, Secretary Sonia Chan indicated Macau Urban Renewal Ltd. will be responsible for developing the housing units and that the project is advancing ‘step by step’.

The public company indicated previously that it expected to finish the development plans this year but with construction to last for a few years more.

After the land concession for the project expired in December, 2015 local authorities annulled of the site’s provisional land concession in January 2016, with the Pearl Horizon developer Polytex – the local arm of Hong Kong-listed Polytec – suing the government afterward.

In May 2018, the Court of Final Appeal (TUI) eventually upheld the government’s decision to expropriate the developer with procedures to reclaim the 68,000-square metre land plot initiated and the government introducing replacement housing legislation as a solution to complaints from the project’s buyers.