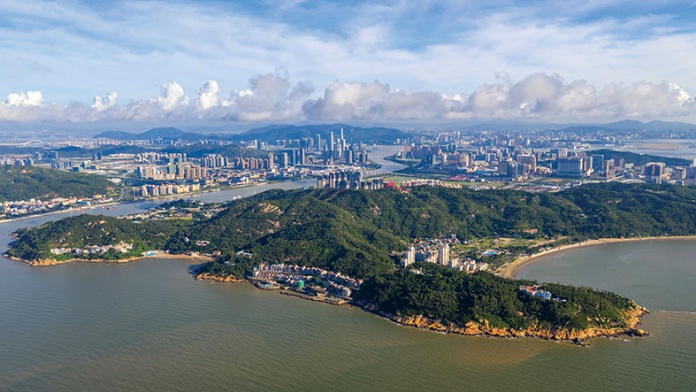 From the expansion of jurisdictions of Hengqin, Zhuhai to the soon-to-be-published blueprint of an in-depth cooperation zone, to other policy initiatives and blueprints recently laid down by the nearby Guangdong city, the signal is clear: further integration and cooperation between Zhuhai and Macau is needed.

“The most important characteristic of Zhuhai is the systematic integration of Zhuhai and Macau; the Zhuhai-Macau cooperation is instrumental to the future of Zhuhai,” said the party secretary of the nearby city in Guangdong province, Guo Yonghang, last month, as he pledged Zhuhai would work with Macau to establish a “super metropolitan” area.

Though officials on both sides have reiterated from time to time about strengthening the bilateral cooperation, these are sometimes just empty gestures due to the systematic differences in the two cities and the lack of initiatives to push forward the agenda over the vested interests. But the latest remarks from Mr. Guo, alongside with the recent development blueprints laid down by the Zhuhai administration, signal the willingness and commitment from the adjacent Guangdong city to further integrate with Macau in tandem with the on-going development of the Guangdong-Hong Kong-Macau Greater Bay Area.

One of these indicators is the annual government work reports of Zhuhai, which includes the Hengqin New Area that is often regarded as the “backyard of Macau”. There has been no significant coverage of Macau in the work reports of Zhuhai in the past two decades, with the term “Macau” featured less than 10 times in each report until 2019 when the central government officially unveiled the outline development plans for the Greater Bay Area.

In the latest work report of Zhuhai in 2021, which was published last month, the term “Macau” was repeated 25 times, by far the most ever counted. The document also proposes the ‘top four strategic tasks’ of Zhuhai this year, including deepening reform and continuing to open up, improving the influential power, advocating quality development — and ‘facilitating the economic diversifications of Macau’.

‘The entire city [of Zhuhai] will strengthen cooperation with Macau,’ the 2021 report read. ‘[Zhuhai] will work with Macau to jointly develop new industries which focus on technology, finance, medical and healthcare provision, cross-border e-commerce, culture and tourism, events and convention, and professional services.’

‘[Zhuhai] will also facilitate in-depth cooperation with Macau in the fields of urban planning, livelihood issues, youth affairs, governance, and police and security, resulting in the seamless connection of public services and social security systems [across the two places] and ensuring the effective flow of resources across the border,’ the document adds.

Macau Legislator Si Ka Lon notes the latest government work report from Zhuhai shows its initiative and commitment in expediting cooperation with the territory. “For instance, the report mentions Zhuhai will strive to be one of the places for the pilot tests of the digital yuan, which could complement [the positioning of] Macau as the city is mulling to set up a yuan-denominated stock exchange and to become one of the major offshore yuan centres,” the lawmaker said.

The People’s Bank of China (PBOC) announced last year it would carry out pilot tests for its own version of central bank digital currency — Digital Currency Electronic Payment (DCEP) — in four major Chinese cities: Suzhou, Chengdu, Xiongan, and Shenzhen, as well as the venues of the 2022 Winter Olympics in Beijing and nearby Hebei province. Though the exact timetable for the launch of the DCEP is not immediately clear, the local authorities in Beijing, Shanghai, and Guangdong, where Shenzhen is also located, pledged earlier this year for more tests for DCEP —  China could become the world’s first nation to launch a sovereignty digital currency.

“Macau could collaborate with Zhuhai to be places for the pilot tests of DCEP… playing a role together in the internationalisation of yuan,” Mr. Si says, who is also one of the Macau deputies to the Chinese National People’s Congress (NPC).

Remarking the work report signals the blueprint of the so-called “In-depth Guangdong-Macau Cooperation Zone” in Hengqin, Zhuhai will soon be published, or at least be ready within this year, the NPC deputy adds: “Together with a basket of relevant policies and measures [to be rolled out by the Zhuhai authorities], Macau could have more room and better opportunities for development.”

Concerning the in-depth cooperation zone, the 2021 Zhuhai report says: ‘[Both sides] will come up with a joint mechanism for development, management, operation, and sharing… to facilitate the planning, construction, and operation of the zone.’ The authorities in both Macau and Guangdong — including Zhuhai — have proposing this concept since last year, but neither have divulged details about the zone, namely, its scale, policy incentives, legal framework, or much else. Macau Chief Executive Ho Iat Seng, who has emphasised Hengqin as the key for the development of the city in Policy Address, remarked at the end of last year that the plan for the cooperation zone still awaits approval from Beijing.

Earlier this year, the Zhuhai authorities announced the Wanshan district — comprising over 100 islands of more than 80 square kilometres and a sea area of over 4,560 square kilometres — and the Zhuhai free trade zone would officially fall under the jurisdiction of the 106-plus-square-kilometre Hengqin New Area to bolster the development of the latter, namely the in-depth cooperation zone with Macau. Mr. Guo, the Zhuhai party boss, said at time of the announcement, “[Zhuhai] will coordinate well the planning of Hengqin and nearby districts… to expedite the joint development of industries in Zhuhai and Macau… and build a quality living circle together.”

“Though Zhuhai and Macau have different systems, mechanisms and legal systems, these two cities are closely intertwined,” said Liang Haiming, president of China Silk Road iValley Research Institute, a think tank based in the mainland. “As the cooperation between the two sides now enters a new development period, the barriers and hurdles arising from the differences in the systems could be settled via innovative policies in the in-depth cooperation zone,” the scholar added, quoted by the Guangdong provincial newspaper Southern Daily.

Bolstering the Macau-Zhuhai cooperation is also not just a short stint for the nearby region but one of its long-term objectives. According to the outline of the 14th five-year plan covering the period of 2021-2025 and the 2035 objectives of Zhuhai, which was also published earlier this year, the integration and joint development with Macau is one of Zhuhai’s six key principles. This five-year plan of Zhuhai also for the first time has a chapter dedicated to strengthening the Zhuhai-Macau collaboration.

The strategic planning department of the Bank of China Macau Branch (BOC Macau), the city’s largest commercial lender by assets, notes in a statement the initiatives laid down in the outline for advocating the Macau-Zhuhai cooperation could be mainly divided into four categories: social affairs, infrastructure, industries, and regulations. “In terms of industries, [the outline pinpoints Zhuhai] will work with Macau in the fields of healthcare, finance, technology, and others… as well as helping Macau to establish a stock exchange, a green financing platform, a financial service platform for China and Portuguese-speaking countries, and to develop wealth management sectors,” the lender highlights.

As the outline mandates, Macau residents could enjoy the same treatment as local residents in Zhuhai in the future, offering more convenience for Macau residents to study, work and live in the nearby city, BOC Macau says more measures are expected to roll out in the future, and the improvement of cross-border infrastructure and transportation as pledged in the outline could help the city to “better integrate with the nation’s railway network”.

The official blueprint document states there would be a better link between the Guangzhu Intercity Railway running across Guangdong and the Light Rapid Transit (LRT) in Macau, as well as connection with the Macau-Zhuhai border checkpoints, namely the existing Hengqin and Gongbei border terminals and the new Qingmao terminal to be opened in Ilha Verde later this year. The Macau government announced last month it will pay MOP3.5 billion to extend the Taipa route of LRT to Hengqin for seamless transit with the railway in Zhuhai with the extension being ready in four years.

“Macau could pay more attention and be actively involved in the process [of policy formulation in Zhuhai] to help build a Macau-like market and business environment, for instance, in Hengqin and the cooperation zone,” BOC Macau adds. 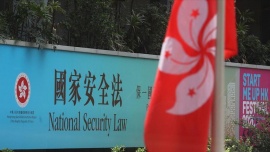