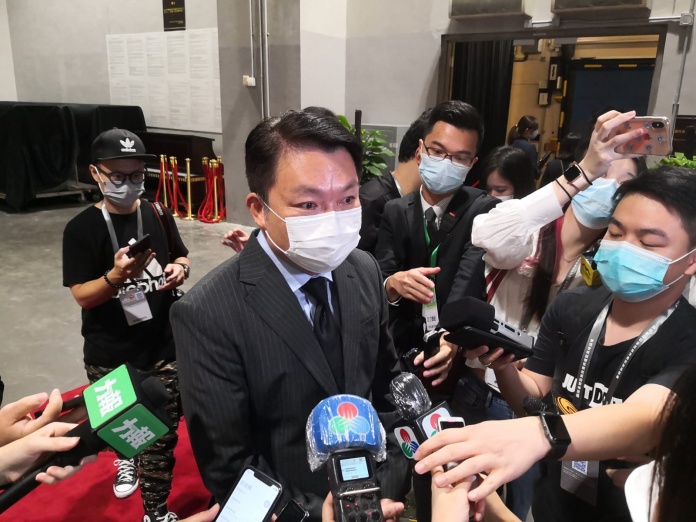 Secretary for Economy and Finance Lei Wai Nong indicated today (Thursday) that despite the poor gaming results reported in the first half of this year, the SAR will still be able to finish 2021 with the previously projected tally of MOP50 billion in gaming taxes.

The Macau SAR was initially estimated to collect some MOP50 billion for full-year 2021, however, it has so far collected a total of MOP19.6 billion in gaming taxes in the first six months of this year or 39 per cent of the proposed goal.

Local authorities have also estimated 2021 could end with some MOP130 million in gross gaming revenues, however as of June that tally stands at MOP49.02 billion despite a considerable improvement in monthly results from last year, the first impacted by the Covid-19 pandemic.

“Results in the first half of the year only reached MOP49 billion and it is much lower than what we expected. But we are confident results will improve in the second half of the year. We will have the Summer holiday period, the National Day Golden Week, the Grand Prix. The pandemic situation in neighbouring cities has also improved,” Secretary Lei said today on the sidelines of the 12th International Infrastructure Investment and Construction Forum (IIICF) opening ceremony.

An outbreak in Guangdong at the end of May has led to a drop in visitors in June, with the month ending with the worst monthly gaming results of the year, some MOP6.5 billion.

“We all know 60 per cent of visitors hail from Guangdong but since July 10 daily visitor numbers have recovered to over 30,000, while the staying period by tourists and hotel occupancy rates have also increased,” Lei added.

The Secretary noted authorities have looked to carry out tourism promotional campaigns in the mainland, via online platforms or by holding promotional events on-site, and advised local merchants to be pro-active in initiatives to attract clients.

“We will go to Fujian, Xiamen, Tianjin and Chongqing to carry out Macau touristic promotions […] We will stably recover. I hope tourists can say longer in Macau,” the Secretary added.

After a MOP9.1 billion amendment to the 2021 Macau SAR budget, local authorities predict the year will end with MOP104.1 billion in public revenue and MOP103.5 billion in expenses, with the pandemic causing authorities to recur to the city’s financial reserves to repeatedly balance the public budget.

Chief Executive Ho Iat Seng has also requested public departments to continue to tighten expenses when proposing their budgets for 2022, in a similar way to what was proposed for this year.

Secretary Lei also stressed today that a public consultation on the new gaming law will still proceed in the second half of this year, with the legislation required for the process that will determine the future gaming concessions as the licenses of all six concessionaires and sub-concessionaires are set to expire in 2022.

“We all know it is a law of great importance to the future development of Macau […] We are carrying out our works and we never provided an exact timeline. I’ve always said it would be carried out in the second half,” the Secretary expressed.

The 2021 Policy Address document revealed that that the draft of the revised gaming law could be submitted to the Legislative Assembly (AL) by the last quarter of this year, depending on when the public consultation process is initiated.

Some gaming analysts have proposed that the timeline does not allow for authorities to still complete a gaming concession public tender by 2022, and will likely extend the existing concessions.

August 3, 2021
Karsten Warholm smashed his own world record as he streaked to victory in the Olympic...