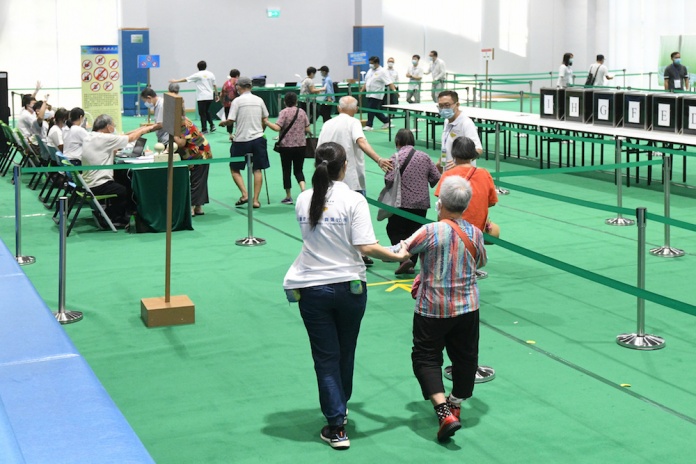 The voter turnout rate for the 2021 Legislative Assembly direct election stood at 42 per cent after polls closed, the lowest rate reported since the establishment of the Macau Special Administrative Region in 1999.

A total of 137,281 voters cast their ballot out of the city’s 323,907 registered voters, according to figures from the Electoral Affairs Commission as the polling station closed at 9:00pm after being open for 12 hours.

According to Tong, the pandemic may have led “many Macau residents to be unable to travel or return to the city to take part in the elections”.

Inquired if the disqualification of 20 election candidates before the elections might have had a large impact on the low turnout, the EAC Chairman considered that the commission did not believe it had a “significant” or “direct” impact” on the turnout.

The EAC decision to disqualify the legislators – 15 from the pan-democratic field – was justified on evidence provided by police authorities that they did not uphold the Basic Law of Macau or pledge allegiance to the Macau Special Administrative Region, a decision later backed by the Court of Final Appeal.

The 2009 edition boasted the highest voter turnout since the handover at 59.9 per cent, and the lowest turnout was the 2001 election at 52.3 per cent.

Twelve legislators have been elected also today via indirect suffrage, by associations, with the voter turnout in the indirect election reaching 89 per cent, with a total of 7,000 ballots cast