TR Warszawa, one of the most important and best known Polish theatres around the world, brings to Macau the highly controversial play 4.48 Psychosis by English playwright Sarah Kane.

4:48am. That was the time when a very depressed Sarah Kane would frequently wake up. It’s also the title of her last play, written at a time when she was severely depressed, and that she finished shortly before committing suicide at only 28 years old. Kane’s short-lived repertoire deals with themes that included redemptive love, sexual desire, pain, physical and psychological torture and death, with her plays characterised by a poetic intensity, meek language, and, oftentimes, extreme violence.

The interpretation of Kane’s shortest and most fragmented theatrical work comes to Macau by the hand of acclaimed Polish theatre TR Warszawa – home to artistic experiments of all kinds. The play also comes under the direction of Grzegorz Jarzyna who in 1998 was offered direction of a small Warsaw stage called Teatr Rozmaitości. After a while, Jarzyna turned that small stage into what is now TR Warszawa – a place that provides space not only for his own work but for many other brilliant polish directors, actors, composers and designers. Over the years, TR Warszawa has opened its doors to young actors and directors, boldly reinterpreting classic texts, commissioning numerous new dramas and exploring the potential of atypical performance spaces in the city of Warsaw.

Some of TR Warszawa’s latest productions include The Second Woman based upon John Cassavetes’ Opening Night; Nosferatu inspired by Bram Stoker’s Dracula; T.E.O.R.E.M.A.T. based upon the work of Pier Paolo Pasolini; and No Matter How Hard We Tried, adapted from Dorota Masłowska’a acclaimed drama Jackson Pollesch, written and directed by René Pollesch, to name but a few.

Premiering in 2002, Jarzyna’s adaptation of Kane’s 4:48 Psychosis has already gained the status of classic. The play was written with no specific plot or character and no indication as to the number of actors meant to express the drama, becoming a test for contemporary theatre, with the boundaries of fiction and reality unclear. Human beings’ darkest emotions, such as pain and despair, are faced unapologetically and in a very raw form.

Set in a cold, industrial ward – as if to mimic an empty apartment or a hospital, 4.48 becomes puzzling for its realness: not so much because in the end the playwright did end her own life but because it prompts the audience to question the presence of either actors or actual people on stage.

More than that, it opens up the door to deep questions that go beyond the play itself. Shadow and light intertwine to create the canvas for Kane’s final night of her life as she clings to life itself while confronting her doctors, her lovers, her demons and visions of herself as a child and as a naked, future elderly woman. An intrusiveness guides the audience through the play’s adult themes, displayed in bare and bloody scenes, and culminates in a less physical universe – as expressions like “validate me”, “witness me”, “see me”, “love me” show us the hopelessness of living with mental illness. Grzegorz Jarzyna interpreted Kane’s play as “a kind of testament, her last cry, a cry for help from those who can help”.

The critically acclaimed play is described by the Financial Times as a ‘beautifully sculpted production . . . driven by a superb, lacerating performance from Magdalena Cielecka’ and by The Herald as a ‘frank and all-too-true insight into the desperation of a tragically tortured mind.’

Taking the stage on June 21st and 22nd in the Macau Cultural Centre’s Small Auditorium, this is a performance for adults only. And while it promises to leave no-one indifferent, 4.48 Psychosis seeks to continue an important dialogue long after the lights come back on. 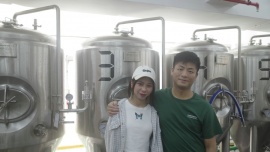