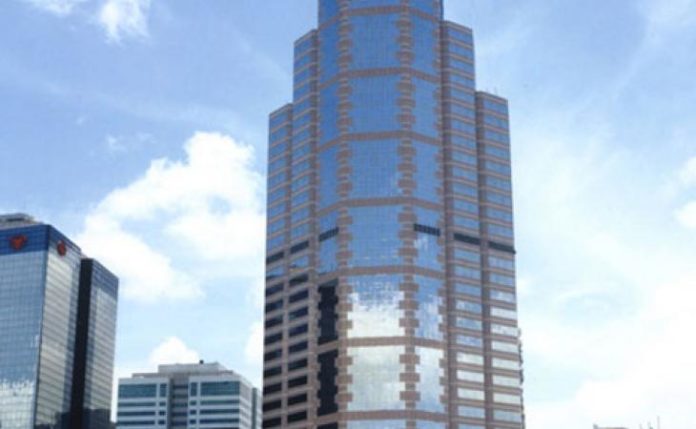 There are five examples of companies that intend to harness the spirit of Forum Macau to reach several countries. The results are (still?) not the most encouraging, but it is probably still early for balance sheets.

Bank of China, be at all

According to Wang, such delegations are to “serve as a bridge to communication between China and Portuguese-speaking countries, facilitating [their] entry” into China and help “to develop cooperation in these countries.”

The Bank of China, he said, “is a global bank with the aim of providing services and cooperating with governments around the world and we would like to have more and more exchanges in economic and financial areas, so we can be useful.”

Regarding the universe of the Portuguese-spoken countries, Bank of China has offices in Portugal and Brazil.

Bank of China did not disclose further details, namely what is the opening schedule and how long it expects to be in the various countries.

Geocapital was founded in 2006 in Macau, bringing together Stanley Ho and Portuguese managers with connections to Portuguese-speaking Africa. The company immediately made several investments and promised many more.

After the initial phase, which dictated the entry into Brazil and in banks in Mozambique, Guinea-Bissau and Cape Verde, the company added setbacks.

In Mozambique, for example, none of the announced agricultural mega-projects has materialized. The entry into Angola never progressed and plans to open an investment bank in Macau have not materialized.

The truth is that Geocapital proved to be a big hit as a new player in these markets, but it almost disappeared in the following years. It is enough to see that for a long time there was no update on the institutional website and at this time there is no website (https://www.geocapital.com.mo/).

The company was last known in late 2018, when it announced its intention to sell its stake in Caixa Económica de Cabo Verde.

At that time, the company’s main manager, Jorge Ferro Ribeiro, told the Macau newspaper Ponto Final that “Geocapital is since 2005 and continues today to be an unparalleled example of the implementation of the idea and guiding principles of the Forum for Economic and Economic Cooperation between China and Portuguese-speaking countries, making Macau both a place of creation and the anchoring place of the bridge that Geocapital has been between Macau, Angola, Brazil, Cape Verde, Guinea-Bissau, Mozambique and Portugal.”

For now, Geocapital is limited to presence in Guinea-Bissau (where it controls the Bank of West Africa) and in Mozambique (Banco Mais).

Sino-Lac Airlines Corporation Limited was established in May, 2018, in Zhuhai, resulting from a startup joint venture between Sino-LAC Investment Holding and China One Dream Fund.

The airline’s objectives are ambitious, as it plans to link Macau to several capitals of the Forum’s member countries.

The first line of options will include flights to São Paulo (Brazil), but also to Dili, the capital of Timor-Leste.

In this initial phase the company unfolds in announcements and plans, but so far nothing has happened. Consulting the website, you can see that the most updated information is from May 2018 …

“Sino-LAC Airlines initially launched its international routes for the Belt and Road Initiative, and then will expand its airline network for ASEAN countries, and later will launch intercity airlines from Zhuhai in China to Lisbon, St. Paul [sic], Mexico and other countries speaking Portuguese and countries in Latin America,” announces the company. Sino-Lac Airlines also wants to “to make Zhuhai the center and transport hub connecting with countries speaking Portuguese and countries in Latin America, while expanding its international air routes to Africa and Australia in response to the national development strategy.”

Casino and hotel operator Macau Legend has plans to invest in Cape Verde and Portugal. In fact, in Cape Verde the investment in a casino and tourist complex is already taking place and, according to the latest data, it plans to open the hotel-casino at the end of 2021, after having announced the completion of the work by the end of this year.

David Chow, Macau Legend’s co-chairman and its CEO, has already announced plans to invest in other Portuguese speaking countries, namely Mozambique, but these are long-term plans.

Especially because things are not going well.

In Cape Verde he had to opt for the downsizing of the casino-resort project and in Portugal he was unable to start with the works for Setubal (south of Lisbon), an investment of more than MOP2 billion to build a marina, two luxury hotels, 4 and 5-star hotels on the riverfront, a building with 60 apartments and ‘yacht club’.

Macau PLOPS Investment and Promotion Company Limited was established in Macau in 2017. The company announces that its main shareholders are Macau and Hong Kong permanent residents. “Macau PLOPS mainly promotes economic investments between China and Portuguese-Speaking countries, especially those in the African market, as well as water purification systems.”