Eight company employees have been arrested on suspicion of being responsible for several serious incidents during heavy rainstorms in central China’s Henan Province in July 2021, said a statement from local authorities on Friday.

Authorities said public security officers are investigating the eight, some of whom were in charge of subway construction or road construction projects in the city of Zhengzhou, capital of Henan, during the flooding incidents.

In addition, 89 public servants have been punished by the Communist Party of China’s discipline inspection commissions and local supervisory organs.

Ren Ligong, head of the city’s emergency-management department, is in detention and being investigated by discipline inspection commissions and supervisory agencies on suspicion of serious violations of discipline and law.

Zhao Yunchen, deputy general manager of Zhengzhou Metro Group, and Sun Hongliang, an official with the city’s construction project quality supervision organ, are also in detention while investigations are conducted.

The rest 86 government employees have been punished for failing to fulfill their due responsibilities regarding emergency response, water-facility management, city management, transportation, urban and rural construction, public security or other areas. Among them were Zhengzhou’s Mayor Hou Hongdang and three deputy mayors.

From July 17 to 23, 2021, heavy rainfall caused intense flooding in multiple cities in Henan, especially in Zhengzhou on July 20. A total of 398 people in the province were killed or went missing in the disaster. 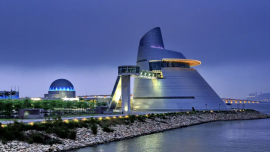