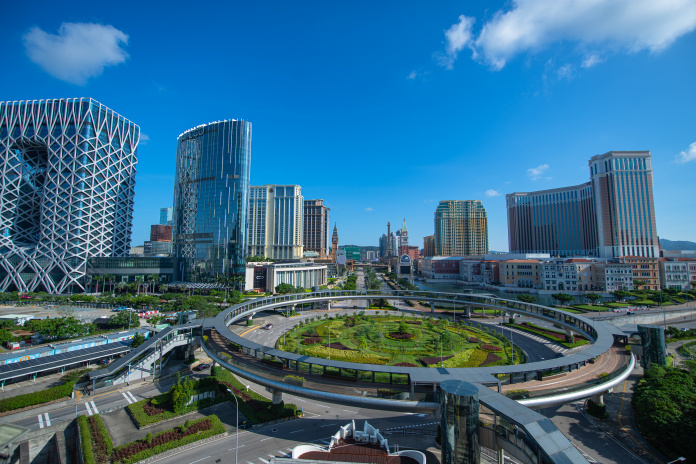 With its position cemented for years as the world’s largest gambling hub after overtaking the Las Vegas Strip in terms of gross gaming revenue in 2006, Macau is likely to lose the crown to its western rival this year as it is still embroiled in the turmoil in the post-COVID era.

Moreover, the Las Vegas Strip is not the only one that is challenging the reign of the city. Macau is also expected to face more fierce competition from other gaming jurisdictions in the Asian region, including existing and new markets, gaming analysts and observers say.

Latest official data show the gross gaming revenue in Macau reached nearly MOP26.67 billion (US$3.33 billion) in the first seven months of 2022, plunging by 53.6 per cent year-on-year. This dreary result was mostly due to the local community COVID-19 outbreak in June and July and the strict border restrictions in place for the “zero-COVID” policy, as well as Beijing’s crackdown on cross-border gambling and capital flight.

While Macau remains the largest gambling market in the Asia-Pacific region, albeit on a grim recovery path, other jurisdictions in the region have come out of the slump at a much faster pace. The casino sector in the Philippines reported a year-on-year rise of 144.2 per cent in gaming revenue in the second quarter of this year to PHP45.89 billion (US$824.2 million), while the performance of Singapore’s two gaming operators — Genting Singapore and Marina Bay Sands—has also improved, with the latter seeing a year-on-year hike of 185 per cent in adjusted EBITDA in the three months to 30 June 2022.

“The [gaming] performance of Southeast Asian countries is more impressive after the pandemic,” said Angela Han Lee, a gaming and hospitality analyst for the Asia-Pacific region at Bloomberg Intelligence. “We’re more concerned about the Macau recovery because of China’s economy… [which] has been pretty weak because of all these geopolitical tensions between China and other countries in the world, mostly with the U.S. [United States].”

Delivering a presentation to G2E Asia 2022 Special Edition: Singapore — a three-day major gaming industry trade show that was relocated from Macau to the island country for the first time in late August due to the travel restrictions in Macau — Ms Lee added the downfall of junket operators dampened the recovery of the Macau market. She refers to the closure of many Macau junket operators since the end of last year following the arrests of junket bosses Alvin Chau Cheok Wa and Levo Chan Weng Lin.

Macau used to account for 67 per cent of the US$20-billion (MOP160-billion) VIP gaming market in Asia in 2019, followed by Singapore (9 per cent), the Philippines (7 per cent), Cambodia (6 per cent) and Malaysia (4 per cent), according to investment bank Morgan Stanley. But the segment shrank to just US$4 billion in the first half of this year owing to Beijing’s crackdown on gambling and COVID-related travel restrictions implemented in Mainland China and the city, the brokerage said. Macau maintained the leading position in the Asian VIP market in the first six months of 2022 with a smaller share of 35 per cent, while other Asian jurisdictions enjoyed a “bigger share of a smaller pie”, it added, for instance, 25 per cent for the Philippines and 24 per cent for Singapore.

Gaming consultancy Global Betting & Gaming Consultants (GBGC) also said in a recent research note that there is limited immediate competition the Macau gaming industry faces in the region at the moment. “The most serious contender is the Philippines, which has developed several integrated resorts to rival Macau. It has also recently allowed licence holders to begin online gaming operations, which is an advantage over Macau’s concessions. But Macau retains the geographical advantage of its proximity to mainland China,” the agency said.

Zeng Zhonglu, a professor at the Centre for Gaming and Tourism Studies of Macau Polytechnic University, agrees that the city still has an edge over other rivals in the region. “Given its long history, the Macau gaming industry will definitely remain competitive in the region in the future,” the academic says. “But the advantages the industry has enjoyed in the past two decades and more will become less and less given the regional competition, including new jurisdictions liberalising casino gambling.”

Japan, which is tipped by analysts to be a major force in the Asian gaming market, has greenlighted all relevant casino gambling legislation, and two prefectures applied to the Japanese national government earlier this year for a licence to develop a gaming resort. The market believes the Japanese authorities could announce the results of the applications later this year and the nation’s first casino could be ready by late 2020’s.

Besides the world’s third largest economy, Thailand is also mulling the possibility of embracing casinos with open arms. The National Assembly of Thailand set up a special committee last December to mull the possibility of developing casino complexes in the country in a bid to attract more foreign tourists and diversify the government’s source of income. There is no timeline yet when the Southeast Asian state will legalise casino gambling, but the authorities are said to mull over five possible locations for casinos, including the capital Bangkok.

“With more and more jurisdictions opening up for casino gambling, some gamblers will be attracted to these places for fresh new experiences,” Professor Zeng reasons, who questions whether the city has enough new offerings and facilities to appeal to gamblers in the next few years. The Macau administration has reiterated that there will not be new land parcels reserved for gaming development, and most gaming resorts here here have been fully developed, apart from the expansion of a few projects, including Phase 2 of Studio City by gaming operator Melco Resorts and Entertainment; the Phase 2 development of Wynn Palace by Wynn Macau Ltd; and Phases 3 and 4 of Galaxy Macau by Galaxy Entertainment Ltd.

“The government has requested the future concessionaires to keep investing in new offerings in Macau, but it depends on how these will play out in the coming years,” the academic adds, referring to the conditions in the recently-launched public tender for 10-year gaming concessions in Macau that will begin in the start of 2023, as the current six gaming licences will expire by the end of this year.

While Macau has a higher gaming taxation rate of 40% than its Asian rivals, the continuous influx of Mainland Chinese high-rollers has kept the city ahead of the others in the past, as GBGC suggests, but this fundamental is changing.A revised criminal law came into force in the mainland in March 2021 that outlaws any party from assisting or organising trips for mainlanders to gamble across the border, including gambling trips to Macau—this showcases Beijing’s commitment to weeding out cross-border gambling and capital flight.

And Macau authorities have observed this change and tried to reduce the reliance of the local gaming industry on patrons across the border. In the revised Macau gaming law — which came into effect in June — and the recently-launched tender, the administration specifically stressed future gaming concessionaires have to attract more overseas gamblers and tourists to the city with a possible 5-per cent gaming tax cut for those that meet the goal.

“Gamblers from Hong Kong, Taiwan, Thailand, Indonesia and other Southeast Asia countries and regions had used to be the main cliente for the Macau gaming industry in the past, when there were not many casinos in Southeast Asia and Macau junkets actively organised trips for them to visit and gamble in Macau,” says Kwok Chi Chung, president of the Macau Association of Gaming and Entertainment Promoters.

“Many Southeast Asian jurisdictions now have their own casinos so it really remains to be seen whether Macau can be competitive and appealing in the eyes of [Southeast Asian] high rollers,” the head of the local junket industry trade body adds.

A similar perspective is also echoed by Praveen Choudhary, a gaming analyst at Morgan Stanley. “The competition has been heating,” he told a conference session at G2E Asia in Singapore in late August. “The ASEAN-based VIP customers might be something that everybody will fight for, and we will see when Macau opens up how much [of the VIP business volume] comes back to Macau.”

Following the onset of the pandemic over two years ago, Macau has only maintained largely-quarantine free travel arrangements with Mainland China, while individuals from the Association of Southeast Asian Nations (ASEAN) states and elsewhere except the Greater Chinese region were prohibited from visiting Macau for travel purposes. This ban has only been lifted since 1 September for most non-Greater Chinese jurisdictions, but visitors from these places still have to undergo a mandatory quarantine upon arrival.

Except for high rollers, manpower — including skilled professionals and seasoned executives — is likely another issue Macau should look into amid this regional race. “The major challenge we face nowadays is staff hiring; the staff shortage is a big issue globally,” Ms Lee of Bloomberg Intelligence remarked. “It’s even more challenging for markets like Singapore and Macau because they are very small in terms of the population. They always have to hire a lot of foreign staff to support the management of the [resort] properties.”

This might be true for Macau prior to the pandemic, but it’s a different story in post-pandemic times. In light of the gloomy economic fundamentals over the past two years, Macau gaming operators have slashed the size of their non-resident employees to cut costs and ensure local employment as requested by the local authorities. Latest official data show the number of non-resident employees in the gaming and entertainment segment here totalled 9,022 in July 2022, plunging by nearly 43 per cent before the COVID-19 pandemic, while the number of non-local staff in the hotel industry also slumped by 38.1 per cent to 19,467 over the same time period.

As it is expected the size of the Macau gaming industry will likely not be back to the pre-pandemic level over the demise of junket operators and other reasons, local gaming operators might further cut costs in the future, Macau-based gaming commentator Billy Song Wai Kit says. “Operators might keep the headcount unchanged — they will employ newbies with lower salaries and let go of seasoned veterans that enjoy higher salaries,” he illustrates, expecting this situation would happen to both resident and non-resident gaming workers.

“Then we will lose these quality [gaming] professionals to other Asian gaming jurisdictions,” the president of the Macau Responsible Gaming Association President says. “In fact, this has already happened.”