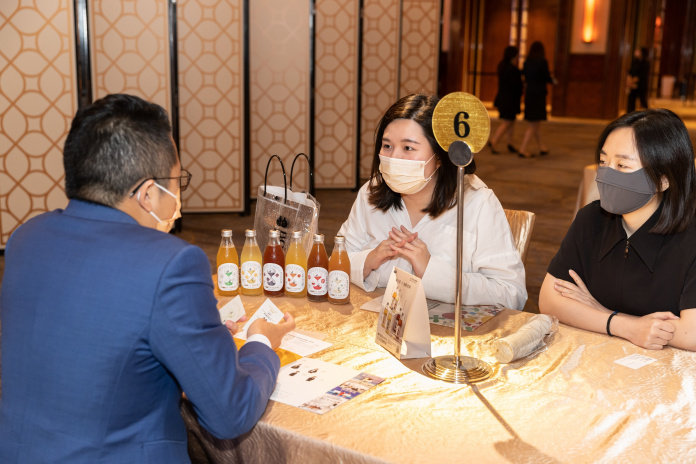 MGM China has indicated that over 30 per cent of its total procurement spending goes to local SMEs.

The information was provided after the gaming operator held a joint SME business matching with the Macao Chamber of Commerce (MCC) on May 11.

“From 2016 to now, MGM has added 481 SMEs as its suppliers […] In addition, MGM organized a total of 10 SME Business Matching Sessions, with a participation of over 1,100 SMEs. The Company also invited over 60 SMEs to participate in the Company’s Back-of-House Roadshows, with aggregate sales of MOP17 million (US$2.1 million),” the group indicated

On May 11, MGM together with the MCC and 12 local youth associations co-organized the ‘MGM SME Business Matching – Young Entrepreneur Session’, with local SMEs showcasing their products and services to MGM’s respective departments one-on-one.

According to Fred Ma Chi Ngai, the President of MCC, said, the “key” to Macau’s long-term diversified development hinges on increasing the competitiveness of young entrepreneurs, who “inject vitality and innovation into the local market”.

“Under the current challenging business environment, this business matching session plays as an important and effective platform to support and cultivate young entrepreneurs, achieving win-win situations for all,” Fred added.

This represents a fourth consecutive quarterly increase in the local unemployment rate and the highest rate since 2009.

As of March, the number of unemployed increased to 13,300, with most unemployed searching for a new job previously engaged in gaming and junket activities as well as in the construction sector.

Last month a survey by the Macao Research Center and organised by the Federal General Commercial Association of Macau Small and Medium Enterprises claimed that about a third of Macau SMEs have had to lay off employees or ask them to accept non-paid leave due to the unfavourable economic conditions in the SAR.

‘Since 2007, MGM has been partnering with Kam Kei, a local SME with an almost 30-year history. All along, MGM has helped Kam Kei enhance its production line and food safety standards — which led to the firm attaining the ISO 22000 certification on food safety. MGM also actively joined hands with the Industrial Association of Macau and CPTTM to encourage and assist Kam Kei in securing M-Mark Macau Product Quality Certification last year,’ the group added.

At the same time, MGM signed its first partnership with Fnetlink, a local SME supported by Science and Technology Development Fund which introduced SenseTime technology in Macau, offering smart management for public organizations and tertiary intuitions.

The event marks the 10th business matching session hosted by MGM and its 8th collaboration with MCC and included the support of the Economic and Technological Development Bureau (DSEDT), Macao Trade and Investment Promotion Institute (IPIM) and Macau Productivity and Technology Transfer Center (CPTTM).