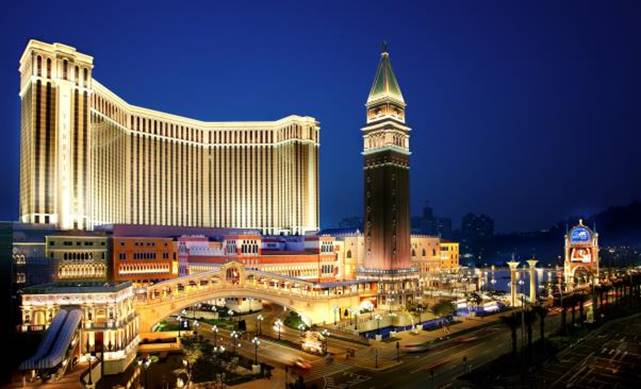 Asian American Entertainment Corp Ltd (AAEC) demanded compensation of at least US$7.5 billion (MOP60 billion) from U.S. gaming giant Las Vegas Sands Corp (LVS) for the alleged loss arising from the fallout of both parties in a bid to run for a Macau gaming license in 2002, the local court heard today (Friday).

Lawyer Jorge Menezes, representing AAEC that is led by Taiwan businessman Marshall Hao, made this plea today in his five-hour-plus closing remark for the AAEC case against the three affiliates of LVS.

The lawsuit — which finally started last June following years of legal battle between the both parties — has centered on the fallout of the partnership between AAEC and LVS before the latter collaborated with Galaxy Entertainment Group (GEG) to successfully win a local gaming concession two decades earlier.

AAEC initially asked for a US$12 billion compensation back in 2019, but Mr Menezes told the court on Friday that following two third-party reports commissioned by the plaintiff, he put forth a revised amount of at least US$7.5 billion plus extra “based on fairness and discretion”.

In regards to the calculations of the demanded compensation, Mr. Menezes said the figure was made based on the two third-party reports on the alleged loss in profits of AAEC for not acquiring a license together with LVS, including a report by consulting firm Ducker Research & Consulting. The Ducker report has estimated the loss of AAEC stood at MOP57.9 billion between 2002 and 2020.

The other report authored by Macau-based economist José I. Duarte points to MOP62 billion as the estimated loss.

The lawyer added the compensation amount has not factored in the latest financial results of the Macau operation of LVS between 2021 and the first half 2022, as the 20-year gaming license of LVS in the city will expire by this June.

A considerable amount of time of the closing statement by the plaintiff today also underscored “an unbalance” between the resources LVS and AAEC have respectively in this legal battle.

For instance, Mr. Menezes illustrated among the 16 witnesses testified in this case — eight appearing in person on court and eight answering questions in written — nine were linked to LVS like the former employees of the gaming firm while only three were linked to AAEC.

While some witnesses were not able to recall details of what happened 20 years earlier, some witnesses on the side of LVS responded in detail when the scenario was beneficial to the U.S.-based casino firm, the lawyer pointed out.

“This does not mean that they were making up lies… but this made the situation unequal [between both parties],” he said.

Former director of Gaming Inspection and Coordination Bureau (DICJ) Manuel Joaquim das Neves; former members of the Macau Casino Gaming Commission than handled the public tender two decades earlier; David Green, a third-party advisor to the authorities on the tender at the time; and others testified in person in the trial.

Francis Tam Pak Yuen, former secretary for economy and finance; Jorge Oliveira, a legal expert behind the process 20 years ago; and others provided written testimonies.

In his closing remark today, Mr. Menezes also emphasised the fact that the partnership between LVS and AAEC to run for a local license had existed before the former switched to work with GEG in a later stage.

Terms like “partners”, “engage”, “have agreed” and “it’s agreed between partners” were used in the memorandum of cooperation inked between LVS and AAEC in 2001 in preparation for the public tender at the time, he said.

Although the memorandum of cooperation included an expiry date of 15 January 2002, the lawyer indicated the pact also had a term indicating either party “might terminate” the agreement upon notifying another.

This “implied”, under local laws, that the partnership had continued beyond 15 January until LVS notified the authorities and AAEC to terminate the collaboration in February of the same year, he claimed.

Some witnesses had also testified in the court that any party partnering with LVS was “very likely” to win a license at the time as the Macau administration expected the U.S. firm could bring new offerings like the MICE facilities to the city, Mr. Menezes said, adding the bids submitted by LVS-AAEC and LVS-GEG respectively were similar.

The venture between LVS and GEG won a license at last “not because of their bid but our bid”, the lawyer told the court.

In the previous session of this case earlier this month, Luís Cavaleiro de Ferreira, a legal representative for LVS, alleged a signature of William Weidner — former president and chief operating officer of LVS until 2009 — was forged in the memorandum of cooperation between LVS and AAEC, which was presented to the court as part of the written evidence that comprises over 10,000 pages of documents.

Mr. Menezes stressed today he would not be “that stupid and dishonest” to carry out such a deed, and the claim was “an insult” to the plaintiff and his team. He added LVS had been aware of the existence of the document since 2009 and had not found any problems with the signature until the previous hearing.

Mr. Weidner has provided a response in writing concerning the signature, which will only be submitted to the court next Monday, Mr. Ferreira indicated today.

The trial has been adjourned until next Wednesday (26 Jan), when Mr. Ferreira will deliver a closing remark for the defense.

The LVS vs AAEC lawsuit was launched in the U.S. in 2007 but it was later dismissed due to statute of limitations and procedural reasons, before lodging in Macau in 2012. AAEC was represented by Mr. Menezes in the Macau case, while LVS and its three affiliates — namely, LVS (Nevada) International Holding Inc; Las Vegas Sands LLC; and Venetian Casino Resort, LLC — were represented by Mr. Ferreira.