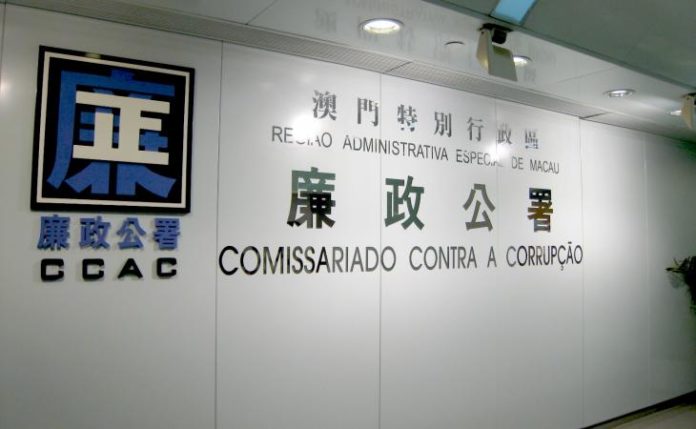 The Commission Against Corruption (CCAC) has indicated that 66 per cent of the anonymous complaints filed with the corruption watchdog in 2019 were unsubstantiated or untrue.

The department noted that anonymous complaints still represented the largest percentage of the complaints received in 2019, almost 55 per cent of the total.

‘Nevertheless, the CCAC followed and investigated each of the complaints filled that followed under its scope and that revealed some basic evidence and facts,’ the CCAC indicated ina response to a written inquiry by legislator Sulu Sou Ka Hou.

The legislator had inquired the department over the protections granted to protect the identity of whistleblowers, especially from employees in the public service, and asked for specific legislation that could protect corruption whistleblowers in the public and private sector from reprisals.

The CCAC stated that its investigations are subjected to justice secrecy enshrined in the local penal code, with public departments having to respect the same identity protection requirements for internal complaints.

The department also noted that the current labour relations law already included penalties for employers for unfair dismissals and compensation to the employees dismissed.

Public employees who believe that they have received unfair treatment due to complaints issued against their departments were also said to be able to denounce the situation to the Committee for Managing Public Services Complaints.

However, the CCAC noted that it has so far not received any complaint from public servants of unfair treatment or reprisals for complaints filed.