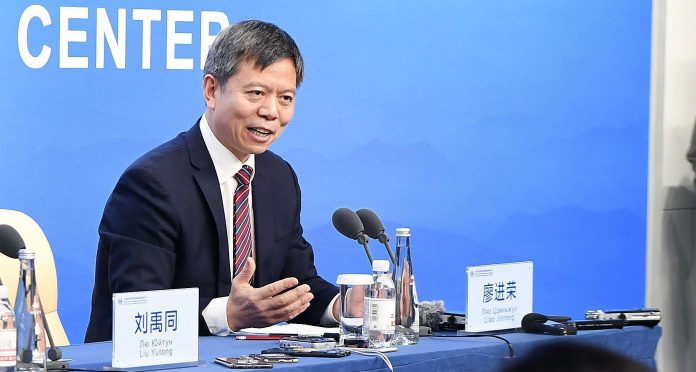 The director-general of China’s Ministry of Public Security International Cooperation Department, Liao Jinrong, has stated that about RMB1 trillion (US$145.5 billion) in funds flows out of China into gambling activities every year, posing a threat to the country’s economy and national security, Chinese Communist Party-owned newspaper The Beijing News reported.

According to the report, Liao made the remarks while speaking at the 9th China Payment and Settlement Forum in Beijing on Thursday.

The top Chinese official indicated that gangs running illegal gambling operations use digital currencies to collect and transfer funds, making it difficult to trace the source and adding significant challenges to investigations.

The official also noted that there are issues with the lack of strict inspection and check on the opening of bank account payment functions, and concerning the inadequate supervision of suspicious transactions and risk control by payment institutions.

‘“There are so many casinos overseas, and details of the assets of many domestic entrepreneurs, individuals and related parties would have been investigated thoroughly [by foreign operators conducting background checks]. This is very unsafe for us,” Liao was quoted as saying.

“Industry supervision urgently needs to clarify responsibilities and increase efforts. We and the central bank’s competent authorities will first notify the personnel found in the industry to facilitate gambling crimes, and second, severely crackdown in accordance with the law”

The official also made a connection between the issue and national security, alleging that cross-border gambling groups often collude with various foreign forces.

However, he underlined that in the past six months, Chinese authorities have proceeded with simultaneous crackdowns and new policies, achieving important initial results

According to Liao, previously when gambling groups and telecommunications scam groups used underground payment and money laundering channels to transfer illegal funds, they would charge a 2 per cent fee but recently that fee increased to 4 per cent due to the renewed crackdown.

This year Chinese authorities have stepped up efforts to clamp down on capital flows out of the country via gambling operations.

The country’s Ministry of Culture and Tourism also announced in August that it would establish a “blacklist” of cross-border gambling tourism destinations, which will restrict Chinese citizens’ travel to overseas cities and scenic spots on the list.

Several financing channels used by the online gambling sector and cryptocurrency lending platforms have been put down since then, with tens of thousands of suspects arrested and more than RMB229 billion seized by authorities.

The issue has also impacted the usual financing channels used by VIP players via junkets operators and reduced available liquidity in the Macau SAR, with Reuters reporting that several clients have even proceeded to withdraw their deposits in local junket VIP rooms.

This has led to a chain reaction casinos imposing limits on the number of cash chips that can be withdrawn so as to slow down the outflow, with junkets then imposing their own limits.

The pandemic has already greatly impacted the local gaming sector, with gross gaming revenues dropping 81.6 per cent year-on-year between January and August to some MOP36.3 billion.

December 1, 2021
Thirty-six refugee NGOs on Tuesday requested to meet Pope Francis to inform him of migrants'...

December 1, 2021
A British gas company is to supply Morocco's state-owned power firm with gas from the...
Load more