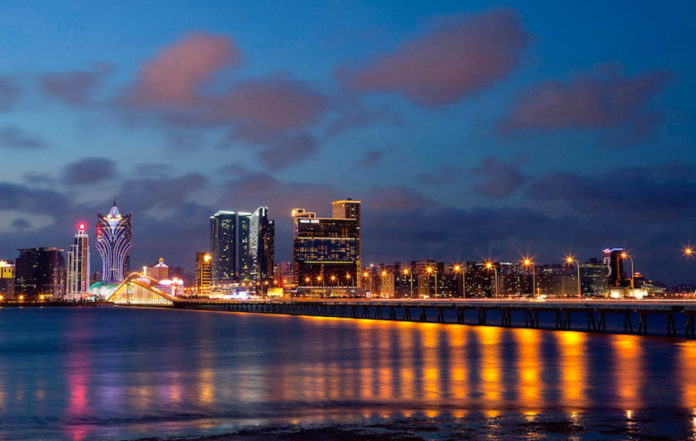 Rare voices are raised against the fact that the Portuguese language is not being respected. As is not the Basic Law, the constitution that was supposed to be in force in the SAR until 2049.

During the opening of the Judicial Year, references are made to how Portuguese continues to be increasingly despised in the city courts. The same thing happens in the Legislative Assembly, as one of the MPs recently criticized. But also in language teaching – which, according to the government of the region, has been growing – only the numbers are announced and not its quality. The accusations against the teaching quality of the language of Camões in Portuguese-Chinese schools is slightly better than nothing.

In this issue, we reveal how a professor at the Polytechnic Institute argues that Portuguese should be a mere secondary language; an accessory language. These interpretations of the Basic Law were already known. But it is always shocking to see that there are professionals who are blinded by their nationalistic and political beliefs.

The Central Government should make its position clear once and for all instead of feeding this constant duplicity of values. Does it consider or not that the Basic Law defines Portuguese as an official second class language or whether until 2049 the language has the same value as Chinese?

Nurturing political ideas and projects, but not defending them when what they advocate is attacked on daily basis, is unacceptable.

PS – All Portuguese speakers have had fun for years with the grossest mistakes in the multiplicity of rough translations on the façades of local shops, restaurant menus, signage, and so on. More odd, however, is the government’s own carelessness, such as the one recently placed in one of the city’s arteries (photo) indicating the way to the city’s main transportation infrastructure. At least out of respect and attention to its boss, who is Portuguese, the Transportation Bureau should be more careful before placing signs showing the complete lack of interest and care for the Portuguese language.

The full coffers and the fact that the government did not spend what it established for its annual investment spending did not prevent it from launching a violent attack on the most unprotected economic class.

With the economic downturn as a flag, the government was quick to agree to a freeze on the annual minimum wage increase of cleaners and security guards, which receive MOP32 per hour.

But of course, it didn’t do the same inside its own doors, announcing last month the salary increases of all civil servants to about 3 percent from the current scale of MOP88 per point to MOP91.

Had it been a little more embarrassed and humble, it would have confronted the employers by explaining that this time could not be with them, thus not allowing the freezing of the wage increases of the most unprotected workers, because if it said yes it would have no morals to do the opposite with its own workers. And a government must be for all, not just for some.

In this issue we present the 20 allegedly most influential figures in Macau in the last 20 years. And 20 others that also have a strong dose of influence. It is a list that, as my colleague and this special coordinator explains, is an “impossible task” and as such will cause disagreements and divergences.

I myself, if I had to give my opinion, would say that I agreed with about 80 per cent of it. There are names that are not on the top 20 list that I would argue would have to be, others that are and should be relegated to the second list and still others who are on this second list to whom I do not attach so much importance.

But fortunately, on occasions like this, I am only the publisher and I leave the options to the team, shying away from that responsibility and preparing to observe the impact in the public opinion. One of those occasions that we use the deeply philosophical phrase ‘let’s see.’

What is noteworthy here, however, is the importance of these lists, which, regardless of the fairness of the choices and their strong subjectivity, are still a barometer of local society. Thus the effort and intention to update them in the future. OPINION-Resurgence of Covid-19 Cases in Hong Kong: Implications and Lessons July 11, 2020
Last week we witnessed another chapter in the gift that keeps on giving...
Load more