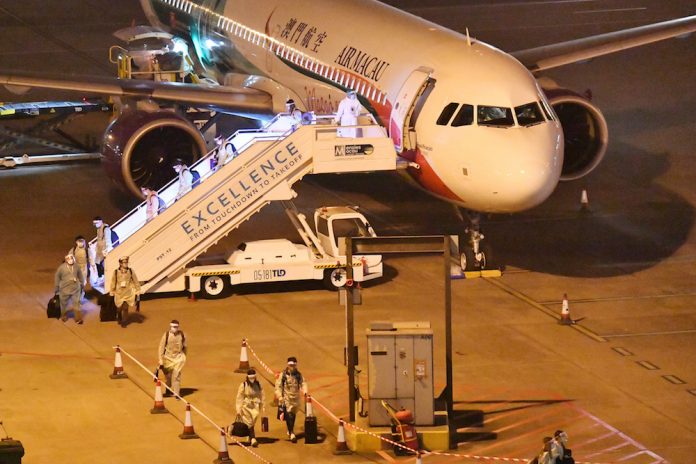 Receipts reported by commercial passengers flights dropped by 78 per cent year-on-year to some MOP1.13 billion (US$141.1 million) as the pandemic drastically reduced the number of flights and passengers using the Macau International Airport.

According to data published by the Statistics and Census Bureau (DSEC), the total number of passengers reported in the local airport last year dropped to 1.1 million, only about 12 per cent of the passenger volume reported in pre-pandemic times.

In May, 2020 MIA reported as low as 929 passengers as only a handful of airline routes remained at the time.

Despite seeing expenditures also fall by 55 per cent to MOP2.26 billion, the air transport sector still reported a deficit of MOP1.14 billion.

Previously, the Macau International Airport (MIA) management company Chairman of the Board of Directors, Ma Iao Hang, said that the company suffered a significant decline in revenues in 2020 but that it would maintain its current development pace and accelerate the optimization of airport facilities and equipment.

Air passenger numbers have improved in 2021, reaching 971,837 by September, but will likely only be marginally better than the previous year.

The same travel disruptions also impacted the sea transport sector, which saw receipt tumble by 74 per cent to MOP450 million as ferry routes were brought to a virtual halt after entry restrictions enforced between the mainland, Hong Kong and Macau borders.

The land transport sector fared better in the first pandemic year, with receipts dropping only 15 per cent year-on-year to MOP4.61 billion.

November 29, 2021
South Africa on Monday said it was "regrettable... (and) sad" that fellow African nations had...
Load more