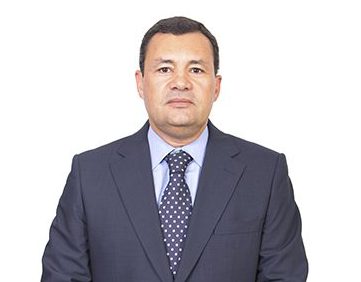 Macau (MNA) – Lawyer Sérgio de Almeida Correia announced his decision to drop out from the elections for President of the Macau Lawyers Association (AAM) while leaving a series of critics to the standing President, Jorge Neto Valente.

According to Correia, since he first presented his candidacy for the position in September, the standing President has delivered a ‘series of declarations’ and an ‘attack on my person and my practice’ he believed to be designed to discredit him in the eyes of its peers and ‘which generated in the spirits a climate of fear regarding the intentions of my candidature’.

Valente had previously described Correia’s statements and views as radical and that his candidacy was stirring up anti-Portuguese sentiment between the Chinese members of the AAM.

Correia also criticised the AAM President for his continuity in the position since the 1990’s and for using that position to criticise his an alternative candidate who “gathered support from the majority of Macau lawyers, including that have been ostracised”.

‘The AAM President criticizes the lack of renewal of the Court of Final Appeal (TUI) but he himself will only leave the scene when he is to choose the successor and this corresponds to the profile that he wishes. From the first hour, instead of accepting a dispute with nobility and loyalty, he was aggrieved and needed to raise the alarm for an [electoral] list of ‘rupture and confrontation’ that only he saw,’ Correia indicated.

The lawyer underlined that his candidacy was not intended to divide the class but strengthen the AAM, since as he stated the organisation ‘already divided’.

‘Eternalization in power weakens institutions. Withdraw their voice and discernment. Lack of AAM renewal segmented and divided the class. There are no first and second lawyers.
There are no Portuguese and Chinese. There are only lawyers,’ he indicated.

Valente presented his electoral list last week, with some 200 lawyers- about half of the AAM members – co-signing the candidacy.

In his announcement Correia then explained that since he did not intend to run in a list ‘amputated from the collaboration of colleagues who work in law offices and that together account for about a hundred lawyers, who for various reasons have been prevented from participating’ he decided to abandon the candidacy.

‘I have sought a serious and high-level debate on advocacy issues, alerting my colleagues
for what was happening and for the future,’ he explained.

The deadline for presenting electoral lists for the AAM elections finished today with the elections to take place in December of this year. With Correia dropping from the race, Valente will again run unopposed as has happened for the last 20 years.