Angola’s minister of health has said that the government is aiming to ensure that 31% of the country’s population is vaccinated against Covid-19 by the end of September.

Sílvia Lutucuta, who was participating on Tuesday in the first conference ‘Pandemic Management in Africa: The case of Angola’, organised by NC-Consultorius, said that in tackling the pandemic, the country has “a very powerful weapon” in the form of vaccination.

“We want to increase our numbers of vaccinated people and we would like to have thirty-one percent vaccination coverage by the end of September,” she said.

According to the minister, the challenge of vaccine procurement is very big, although “the country is doing everything to have timely vaccines and vaccinate the entire eligible population.

“We are getting a big shipment of vaccines: this week we will receive a little over a million doses of vaccines from Pfizer, a quantity above the average of what we are used to and for this reason we invite all Angolans aged 18 or over to go to the vaccination posts,” she told journalists, adding thta “the vaccine is free, safe and saves lives.”

The country is implementing a two-stage vaccination plan, and is expected to reach 20% coverage in the first and 29% in the second. so far more than 1.7 million people have been vaccinated .

Angola currently has 60 high-performance vaccination posts throughout the country, and is working towards having a digital vaccination certificate.

“We are already working on this, because it is a safe way to ensure that people have information about their vaccination status, whenever it is requested,” said Lutucuta. “At the same time, freedom of movement depends a lot on vaccination.”

The minister stressed that Angola has so far not lost a single dose of vaccine in the supply chain, and has received many compliments from international partners about its campaign, especially from the World Health Organization (WHO).

According to Lutucuta, the appearance of new variants of the virus is a major challenge in the management of the pandemic in Angola, given that these strains currently account for 57% of new cases being recorded in the country.

“These variants are of concern: they have very rapid transmissibility and affect individuals of any age and are also the cause of grief and pain … at any age, with or without comorbidities,” the minister said.

Also at the conference, WHO emergency officer Javier Aramburo reiterated the commitment of the United Nations system to supporting Angola in continuing to strengthen initiatives for infection control, screening, treatment and vaccination of the population. he congratulated the Ministry of Health “for the successes it has been achieving in the adequate response to Covid-19.”

Until Monday, Angola had recorded a cumulative 46,076 confirmed cases of the SARS-CoV-2 virus, 1,163 deaths associated with Covid-19. There are currently 2,289 active cases.

Worldwide, Covid-19 has caused at least 4,439,888 deaths among more than 212.4 million infections by the new coronavirus recorded since the start of the pandemic, according to the latest figures from Agence France-Presse.

The respiratory disease is caused by the coronavirus SARS-CoV-2, detected in late 2019 in Wuhan, a city in central China, and currently with variants identified in countries such as the UK, India, South Africa, Brazil and Peru. 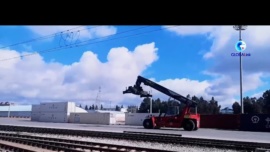