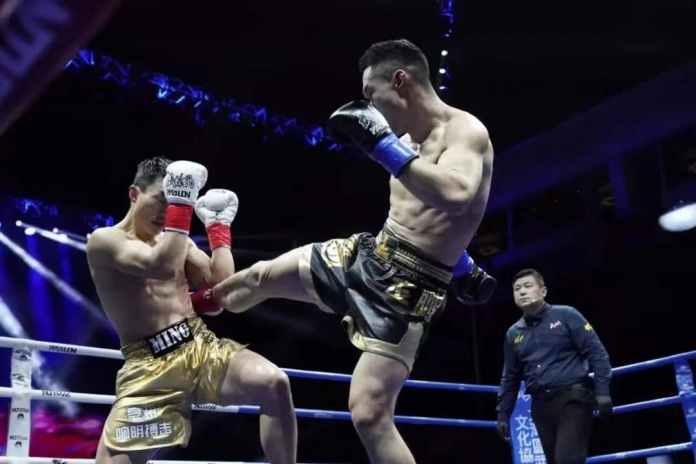 The Greater Bay Area Martial Arts and Culture Association is planning to organize, as part of its exclusive agreement with the Henan Satellite Television, a martial arts tournament in Macau that would serve as the final for a nationwide competition bringing together Chinese and international fighters from different styles.

“We have already confirmed an annual event, to be organized either at the end of this year or at the beginning of 2022. Similarly to the Macau Grand Prix, this event will gather champions from different Chinese championships, comprising Chinese and international athletes, to travel here for the event,” the association Vice-Chairman, Rui Marcelo, told Macau News Agency.

“Negotiations are already on a very advanced stage, not just with sponsors but with organisers”.

At least three to four minor interim competitions will be held, throughout the year, for specific categories, before the final showdown, to define the line-up for the final tournament.

The association has also established a gym facility in Zhuhai – named the Guangdong-Hong Kong-Macau Greater Bay Area Training Base – to help train referees and the martial arts athletes that will take part in the competition. Some 35 people were said to be training in the facility, with plans to increase participation capacity to 100.

Local athletes would also be included in the competition, with the association already negotiating the participation of two “renowned” kickbox and Muay Thai fighters.

The association representative could not confirm the venue for the final event but noted it would likely be in a large-capacity arena from a local gaming concessionaire.

The association helped bring the Martial Arts Style 2021 Global Kung Fu Gala to Macau for the first time, in five-year strategic cooperation with the Henan Satellite TV, the owner of the Wu Lin Feng competition rights.

The two-day gala between January 22 and 23 at the Studio City included the Golden Fist Festival Award Ceremony and the Wu Lin Feng, a competition founded in 2004 by the Henan Satellite Television that incorporates different martial arts styles from K-1, mixed martial arts, Muay Thai fighters and practitioners of Wushu and Sanda.

“The exclusiveness of the contract for the tournament has been confirmed for the next five years [..] The event in Macau was first in the cable television audience index in Mainland China, and was broadcast to 55 countries, internationally, with an estimated audience of 500 million viewers,” Marcelo told MNA.

The association representative indicated that organisers are planning to add cultural elements and fighters from Portuguese-speaking countries in future editions of the event, so as to enhance the cultural exchange elements of the competition and the multicultural environment of Macau.

The Greater Bay Area Martial Arts Cultural Association describes its objectives as promotion, expansion and preservation of Chinese martial arts, and as a platform for exchange and learning for Chinese and foreign martial arts enthusiasts, with the city’s position in the region making it a springboard to expand and promote martial arts to Portuguese-speaking countries.

“Fight events in China normally tend to include fights between Chinese and international athletes,” Marcelo noted.

The association had to limit attendance in the recent event over social distancing concerns, with attendance limited to invitation only, however, Marcelo noted that despite the limitation the event managed to already generate interest from sponsors.

“The event could have accommodated 5,000 people in attendance but we decided to limit entry,” he noted.

The Greater Bay Area Martial Arts and Culture Association was established on September 30, 2019, and is made up, among other members, by Liu Yong and Jiang Wei, as chairman and president and Rui Marcelo and Mário Lameiras, as vice-chairmen.