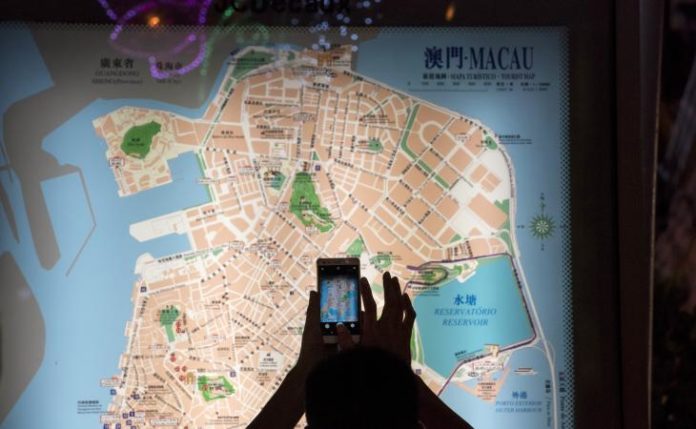 All eyes are now on the National Day holiday in October, a test for the recovery of the local economy after the recent complication, but the Covid-19 fluctuations could again crash the party

It took two weeks for the daily operation of Macau to resume at a normal level in the wake of four unexpected confirmed Covid-19 cases in the local community on 3 August, as well as concerted efforts of government departments and stakeholders in society. But getting the local economy back on track for recovery is a more daunting and hit-and-miss task.

“What is certain is the economy, reliant on service exports, has apparently bottomed out from the trough in the first half of last year, when there were basically no travellers,” says Samuel Tong Kai Chung, president of Macau Institute of Management (MIM), referring to the nationwide resumption of the Individual Visit Scheme (IVS) for Mainland Chinese to Macau in September 2020. “We have seen an L-shaped recovery since August or September last year,” he adds, as an L-shaped recovery generally implies a slow-paced, stagnant economic recovery after a steep decline.

The territory’s visitation tally had also been on a steady hike since the historic low of 11,041 travellers in April last year — or merely 368 travellers a day — reaching nearly 28,000 visitors a day this May, the highest monthly volume since the Covid-19 outbreak. But the upward momentum has been halted in recent months due to a surge of new cases on the mainland, including nearby Guangdong province, since June, and the four new cases in Macau in August. The city at the moment only has quarantine-free travel arrangements with Mainland China, its largest feeder market.

The daily tally of visitors fell as low as 2,000 travellers a day here in early August, as the authorities have temporarily tightened travel rules between Macau and Guangdong in preventative measures regarding the coronavirus outbreak: namely, any person crossing the border had to present a negative nucleic acid result issued within the past 12 hours. On 25 August, the requirement was relaxed to a negative nucleic acid result undertaken within the past seven days.

The daily visitation figure has been immediately back to the level of over 20,000 visitors a day in late August, after the requirement of nucleic acid result was relaxed, the Macau Government Tourism Office (MGTO) revealed. The authorities would continue to promote Macau tourism and advocate the city as a “safe tourist destination” among the mainland travellers through different channels, including social media platforms like WeChat, Weibo and Douyin, the MGTO noted in a statement.

Originally expecting the daily number of visitors to hit the level of 30,000-35,000 in August, Andy Wu Keng Kuong, chairperson of the Macau Travel Industry Council, could only look forward to the Chinese National Day holiday period now, one of the major holiday seasons for the mainland in October. “It’s good news that the local pandemic situation has been kept under control again with the ease of travel rules between Macau and Guangdong again,” he says.

“The daily traveller arrivals of August could probably be rounded up to some 10,000,” he continues, compared with over 25,460 a day in July and more than 107,960 travellers a day in the pre-pandemic era. “The visitation volume has gradually increased again, showing the [mainland] travellers are still willing and confident to visit the city, and the authorities should continue ramping up the promotion of Macau.”

He pinpoints the newly completed offerings in the city — like the partial opening of Grand Lisboa Palace at the end of July, and the new and first Cotai project of SJM Holdings Ltd — could also help in facilitating the return of visitors.

“As long as the pandemic situation remains stable, it’s likely the visitor arrivals in the National Day holiday period will match the results of the Labour Day period this year at some 30,000 a day,” he says, referring to another major holiday season for the mainlanders in May. “Whether the arrivals could be 40,000 visitors a day or more, it really depends on the pandemic situation in Guangdong province and across the country,” he adds. The MGTO has made a less bullish forecast, saying the visitor arrivals to Macau might reach over 25,000 travellers per day at the National Day holiday.

Following the spread of the more transmissible Delta variant, with over 1,200 cases across more than 30 provinces in the past two months, the largest outbreak since early last year, Mainland China has seen slowing signs of the outbreak since late August amid the “zero-tolerance” approach against the virus adopted by Beijing.

In addition, visitation to the territory is pivotal to the performance of the gaming industry, the key economic pillar of Macau. According to the Gaming Inspection and Coordination Bureau (DICJ), gross gaming revenue totalled MOP57.47 billion (US$7.18 billion) in the first seven months of this year, up by 63.9 per cent from the same period in the dismal 2020, with the highest monthly tally of MOP10.45 billion in May. However, the outcome has so far failed to match the official annual target of MOP130 billion for 2021.

In the perspective of Ricardo Chi Sen Siu, the city could likely end this year with about MOP100-110 billion in gaming revenue should there be little change to the stable situation in Macau and across the border. “The gaming revenue [for 2021] might even be close to MOP120 billion, in a bullish forecast, if the pandemic situation could be further improved,” the associate professor of business economics at the University of Macau remarks.

“But it’s not easy to make forecasts given so many uncertainties regarding the pandemic development. We could only try to see the upside,” the scholar notes. “It makes sense for the authorities to tighten the travel rules to minimise the traffic flow in light of any new cases because it is of paramount importance to maintain the public safety and order.”

With the Macau government adopting tough measures against the coronavirus disease, including the botched mass testing drive for the population of over 680,000 in three days, Prof. Siu adds the authorities could further improve their anti-epidemic contingency plan so that everything could run smoother next time should there be new cases, thus allowing a more rapid recovery of local economic activities.

The administration has so far said it would pay close attention to the latest development of the local economy, and would adjust the fiscal budget in accordance with the gaming revenue tally.

“This wave of new cases in the mainland and in Macau has undoubtedly slowed down the economic recovery of Macau. It’s not known yet whether [this new outbreak] might affect the travel willingness of the mainlanders,” says legislator Leong Sun Iok. “With the vaccination rate citywide and globalwise still below a satisfactory level, there are still a lot of economic uncertainties ahead.”

The rate for people in Macau that have taken at least one dose of Covid-19 vaccine was close to 50 per cent by the end of August, while the rate for the world population was around 33 per cent, according to figures from the Macau government and Our World in Data, a scientific online publication that gauges the roll-outs of vaccination campaigns in over 200 jurisdictions. Both still lag behind the expected level of 70-80 per cent to achieve herd immunity in the community.

The lawmaker from the city’s largest labour organisation, the Macau Federation of Trade Unions, also urges the authorities to pay close attention to the unemployment situation, especially those who have had no success in job-hunting since the start of the health crisis. His group has recently submitted a list of over 700 unemployed residents to the authorities for job-matching service. Latest government data said the jobless rate still hovered at a recent high level of 2.9 per cent in the second quarter of 2021, albeit an improvement from last year, while the unemployment rate for residents was 3.9 per cent.

“As the government will begin to prepare the fiscal budget for 2022 starting from September, it should seize this opportunity to make room for a new round of financial support for residents and businesses,” Mr. Leong remarks, after the government has rolled out three rounds of electronic vouchers for residents in the past two years alongside one-off financial subsidies for workers and businesses, tax breaks and others.

The latest Macau Economic Climate report, compiled by the Macau Economic Association, showed the climate index is expected to hover between 3.2 and 3.4 out of 10 scores in September and October — the lowest the score the grimmest the economic prospects will be. “Given the temporary disruption caused by the new cases, the recovery of the Macau economy is expected to slow down [in the near future],“ the association said. “It’s fortunate that there has been no outbreak in the community and the long-term momentum of economic recovery has not been changed.“

Mr. Tong, the MIM president, adds the city could still achieve a growth in GDP this year given a low base last year, but the economic size will still be much smaller than the pre-pandemic level. The University of Macau has predicted in its 2021 Macao Macroeconomic Forecast report that the economy could grow between 21.4 per cent and 33.5 per cent this year.

Drawing attention to the unemployment situation and the deflation, the MIM president highlights: “As the local consumption price index is driven by the external demand, there has been deflation in the city since last year over the scarcity of travellers. Deflation is bad for the economy, because it will inhibit consumer spending that is a key component of economic growth.”

The city’s monthly consumer price index suffered from a 10-month losing streak before a slight rise of 0.38 per cent in July, latest official data show, but the average index in the first seven months of 2021 still went down by 0.57 per cent year-on-year.

What could be done? “The importance is to keep the Covid-19 under control,” Mr Tong reiterates.

Missed checks due to COVID-19 could lead to wave of heart disease in Australia:...