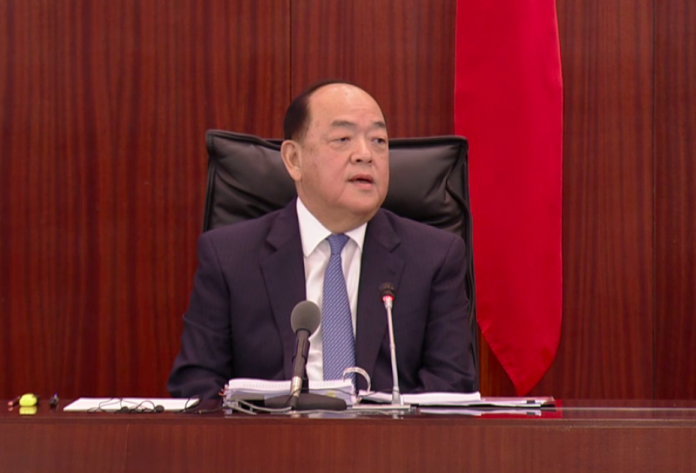 “The public administration will follow the inflation rate in the city following the new consumption plan. We believe in our companies, they are all loyal and our services and the whole society will oversee this. We count on the support from residents to oversee any irregular pricing,” the CE said today while responding to questions from legislators at the Legislative Assembly (AL).

Legislator Ho Ion Sang had inquired the CE if the new stimulus plan would not lead to an increase in daily goods prices or to a spike in inflation.

Last year authorities provided about MOP5.1 billion via two consumer card rounds, with each resident receiving some MOP8,000 each, with the CE stating today that inflation only increased by 0.8 percentage points after the plan.

Macau’s consumer price inflation rate amounted to 0.81 per cent last year, down by 1.94 percentage points and one of the lowest in recent years.

Under a revised scheme unveiled on Monday, Macau permanent and non-permanent residents of all ages will benefit from a MOP8,000 handout divided into a MOP5,000 for immediate use and MOP3,000 in discounts, amounting in total to MOP5.9 billion to be provided

Registration for the scheme will start on May 12, with the plan available until December.

“Clarification sessions will be held for the public and different associations to discuss the details of the new plan,” Ho added.

As poverty bites, Lebanese give up their pets

May 14, 2021
Paleontologists identified a new species of dinosaur after a specimen from about 73 million years...
Load more