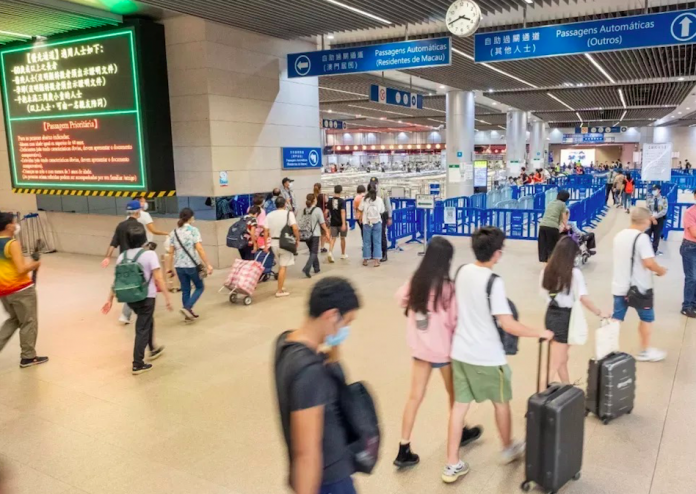 The number of arrivals in the Macau SAR via the local international airport and the Hengqin Port has reached a record high since the pandemic started, on the second day of the Labour Day Golden Week, the Public Security Police Force indicated.

Yesterday (Sunday) a total of 299,000 entry and exits were reported at all city border checkpoints, with more than 160,000 entries.

Macau authorities have already estimated there would be a 20 per cent increase in daily visitors during the upcoming travel peak period, relative to the highest daily number recorded recently in April, based on hotel room booking information provided by the hotel industry.

Visitor arrivals in the SAR have returned to growth since March as the pandemic is gradually controlled in Mainland China and travel restrictions were gradually lifted.

This led to a small 1.1 per cent month-to-month rise in gaming revenues in April to some MOP8.4 billion (US$1 billion).

‘The bureau will closely monitor the flow of people, open additional counters in due course, adopt diversion and interception measures, and maintain close liaison with mainland counterparts to ensure smooth customs clearance,’ the police department added.

May 16, 2021
Former Italian premier Silvio Berlusconi was released from hospital Saturday after being admitted earlier in...
Load more