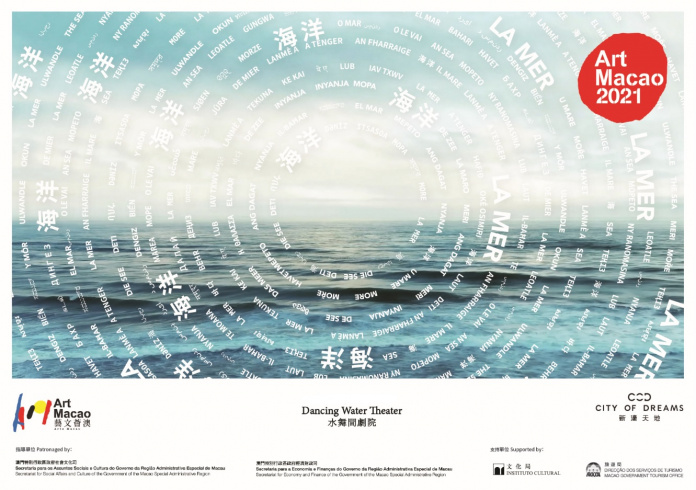 Thousands of spectators visited the latest groundbreaking exhibition “海洋LA MER” (French for “the sea”) that has delivered a multimedia feast with a cause.  The art exhibition concluded last month at City of Dreams’ iconic Dancing Water Theater and was part of the “Art Macao: Macao International Art Biennale 2021” initiative. It also included a journey through the senses, with limited-edition afternoon tea set and creative molecular cocktails.

To create a multimedia extravaganza is just in the company’s DNA, something that Frederic Winckler, Executive Vice President, Chief Creative & Brand Officer of Melco Resorts & Entertainment reiterates by stating that “Melco is always pushing boundaries, from architecture, entertainment shows, online initiatives, to name a few.  This is something we love, embrace and obsess with.” He even goes on to promise that “There will be more to come”.  However, what made “海洋LA MER” special was its twist. The exhibition aimed to foment an interest in the betterment of the environment as well as the sustainability cause.

The sea is a theme close to the city as Winckler reminds us, being a peninsula, Macau is surrounded by water and its preservation is key. But there was also another major element to “海洋 LA MER”, “we would like to add a sustainability angle into it, pollution, plastic, these are issues everywhere.  Drawing the attention on protecting the ocean through showcasing its beauty and how fragile it really is”, he adds.

*This is a sponsored feature

From the World, With Love

The exhibition itself showcased everything from art installations, to a thematic film festival as well as activities that varied from underwater photography sessions to Flow Body Mindfulness sessions!

French Ange Leccia, who started as a cinematographer and initiated his artistic research as an artist in residence at the French Academy in Rome, showcased the immense power of the ocean. In his video, Leccia proved how waves are a powerful force of nature, a testament to the never-ending rhythm of the sea.

Sound is perhaps one sense that better connects us with the ocean. Of all sensorial experiences, that of the symphony of the waves, the marine animals, the way the wind touches water, is the most immersive one. Thomas Roussel managed to capture this essence in an innovative work. The French conductor composed and recorded a score with an orchestra, and the musical segments from which interact with live sounds of the Pacific Ocean through the use of Artificial Intelligence, the combination is then remastered into a continuous symphony. To give this work a visual dimension, a collective of artists has joined hands to create visual illustrations from digital recordings of 35,000 marine species moving around the planet.

From Japan, Makoto Azuma, a talented floral artist, joined a Japanese research team during their ocean sea bed exploration and sent a bouquet of flowers to 1000M deep, a unique voyage documented in a video and 10 pictures.

The already well-known artist Franco Dragone— the mastermind behind the House of Dancing Water— explored once more the playful entertainment with a grand Baroque theater experience: a dramatic choreography of the Dancing Water Theater machine sans performers! His creation was showcased as an official kick-off performance of the exhibition to the public, promoting the importance of protecting the oceans to an even wider group of audiences.

The Importance of Films

On the other hand, the “LA MER” Film Festival, curated to every member of the family. From Disney classics such as The Little Mermaid and 20,000 Leagues under the Sea, to unique documentaries like Chasing Coral, in which a team of divers, photographers and scientists set out on a thrilling ocean adventure to discover the underwater mystery, the series aimed to raise awareness regarding protecting and safeguarding the oceans through the prism of art. Artists from different fields such as contemporary art, dance, music, cinema, literature shared their unique view in order to showcase the unique creative power of the oceans.  The festival allowed the public to view all-time favorites and latest movies on the silver screen from a brand-new angle, by laying on the inflatable sofas provided on the stage of the Dancing Water Theater!

As Winckler reminds us, “Sustainability is something you want to start early, it is completely about education, training and showing people how they can see things without pollution and how the earth may become.” He added that “When we created the LA MER Film Festival with videos created around the theme of ocean every Saturday night, it was a mixture of cartoons showcasing the beauty of the ocean and documentaries reflecting the reality of what is happening to such a vital life resource”.

Learning with the Ocean

To be alive is to constantly experience and learn new skills. That is why such a holistic event  could not have been complete without a series of Flow Body Mindfulness classes that drew inspiration from the sea.  Led by the Head of Performer Wellness from The House of Dancing Water, the classes featured  music composed by Thomas Roussel. This guided session was a unique opportunity to unwind from the busyness of everyday life and allow participants to clear their minds and focus on their health and wellness.

A Feast for the Senses

A cultural experience could not have been complete without a voyage of flavours and taste! That is why the talented team in Melco has put together an incredible sea voyage. It was a great opportunity for some of those great Instagrammable snapshots of the La Mer Afternoon Tea Set specially designed by Morpheus Lounge’s pastry team. Not only are the sandwiches and snacks in this ocean-themed tea set beautifully mimic sea elements, some items are also made of sustainable seafood, ensuring the company’s promise to protect the ocean. The tea set has been so popular that it will stay on the menu for a little while longer until end of this month. 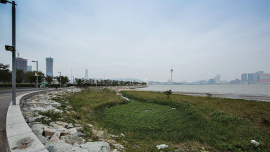 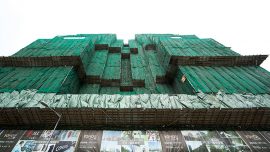 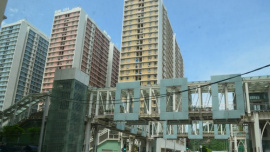