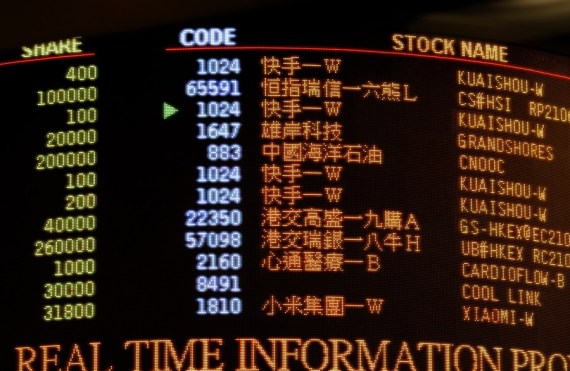 Asian markets struggled Thursday to recover from the previous day’s sell-off, with Hong Kong dragged by further losses in casinos as well as tech firms following government crackdowns on the sectors.

A strong performance on Wall Street was not enough to spur buying in the region, where concerns about the spreading Delta coronavirus variant and its impact on the economic rebound are draining confidence.

Traders are also keeping tabs on developments in China, where one of its biggest property developers, Evergrande, is drowning in a sea of debt that could see it crash into a bankruptcy observers fear could have a severe impact on the world’s number-two economy and beyond.

Hong Kong led losses, extending its streak to a fourth straight day, with Macau casinos back in the spotlight after Wednesday’s crash fuelled by city authorities’ plans to tighten its control of the industry.

Trillions of dollars were wiped off the valuations of the six listed firms in reaction to the proposals, which include putting a government representative on their boards.

The announcement fanned concerns that the days of multi-billion-dollar revenues are gone in Macau, which before the pandemic raked in more in a week than Las Vegas did in a month.

US-owned Wynn Macau and Sands China were among the worst-hit, and their heavy losses extended into Thursday. The firms’ US stocks were also taking a hammering on Wall Street.

Macau’s proposed clampdown comes as officials in mainland China tighten their grip on a range of private enterprises in a drive to reform the business and cultural landscape and achieve President Xi Jinping’s goal of “cultural prosperity”.

Tech firms, which are high on officials’ list of targets, also extended a long-running sell-off in Hong Kong with market heavyweights Alibaba and Tencent again in the red.

“The regulatory crackdown… threatens to slow the domestic growth momentum with many China commentators seeing a pivot away from maximising growth, to social order and stability,” said National Australia Bank’s Tapas Strickland.

London, Frankfurt and Paris all rose in morning exchanges.

While markets are struggling to build on their more than year-long rally from the wreckage of last year, analysts remain largely optimistic that the global economy will continue to recover as it slowly emerges from the pandemic.

“Global economic growth remains above trend, albeit past peak levels, supported by central bank liquidity, progress on vaccine distribution, and continued reopening momentum despite the spread of the Delta variant,” investment management firm T. Rowe Price said in a report.

But it did warn that the “deceleration” phase of the market cycle had begun, as seen in an easing of economic and earnings growth.

Oil prices held steady after Wednesday’s big gains that came on the back of data showing US stockpiles reduced last week after huge storms hammered production in the Gulf of Mexico.

However, Will Sungchil Yun, senior commodities analyst at VI Investment, said: “For oil, the US inventory decline was steeper-than-expected. However, demand concerns still linger, so a meaningful surge is looking unlikely.”

— Bloomberg News contributed to this story —

October 27, 2021
That cow may look peaceful and harmless, munching on some grass in a verdant pasture....
Load more