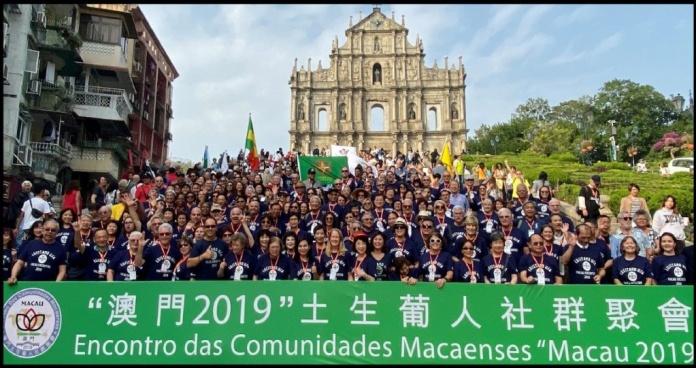 The diaspora from Macau and of Luso-Asian descent, which keeps “a unique culture” alive, is made up of 1.6 million people, Roy Eric Xavier, director of the Portuguese and Macaé Studies Project at the University of Berkeley, told Lusa.

“I did population studies and research and collaborated with several genealogists and demographers and determined that there are at least 1.6 million Macanese and Luso-Asians around the world, who look at Macau as the cultural homeland,” said the researcher.

“It is a unique culture, with specific elements”, characterized Xavier, indicating that one of the reasons why the Macanese diaspora remains active is not only the action of Casas de Macau but also the dynamics of forums, websites and pages on social networks.

The Luso-Asian, who recently published the book “The Macanese Chronicles: A History of Luso-Asians in a Global Economy”, said that “organizations tend to incubate and protect culture”.

“The associations that are supposed to attract the Macanese diaspora are not doing their job,” he said. “They have an agreement with China to captivate new generations and maintain cultural connections and potentially work on more business connections, but they have not gone after the younger members, who are much more tech-savvy.”

“There have been no incentives to go after new markets,” he said, stressing that some organizations “have been more successful than others”.

According to the researcher, who was born within a community from Macau in Hong Kong and later moved to the United States, the new generations are starting to disconnect.

“I don’t think it’s permanent, but I think there is a rupture between the old guard and the new guard that is emerging,” he said. “Among the old guard, there is a suspicion that the younger generations do not have the affiliation or the sense of history that they should have.”

This is one of the reasons why he published the book, which spans eight years of research and many interviews and portrays the history of Macau, with an emphasis on its economic role.

“It is for people to understand their history, inside and outside of Macau,” he said. “It is not just for Macanese, but for many people who want to understand how this region has developed and what potential opportunities there are”.

“It has been a long-term study of these people, how they maintained their culture for a period of 500 years and it still continues,” he added.

The work, whose reception is described as good by the author, may integrate academic curricula in countries such as the United States and Japan, where interest was expressed in this regard.

“I discovered that there were Macanese communities all over the world, which had been established during the explorations of the Portuguese and also after that”, he said, about the genesis of his work, which started with the blog “Far East Currents”.

In his investigation, Xavier realized that “much was hidden in archives and quite obscured” and that there was room to develop an intelligible narrative line over several centuries.

“What I assembled was the story of where these people came from, how they developed and their migrations, from Portugal, to Goa, to Malacca, to Siam, Hong Kong, Macau and, after World War II, all over the globe “.

In California, where the researcher resides, there are several communities from Macau, with a strong presence in the San Francisco Bay.

Xavier is now working on a new book, whose provisional title is “Pirates, Typographers, Sportsmen and Spies” and which he hopes to publish in 2021.

The researcher also maintains his work on the blog, where he publishes research, reflections on politics, racial identity and other relevant issues of the day.