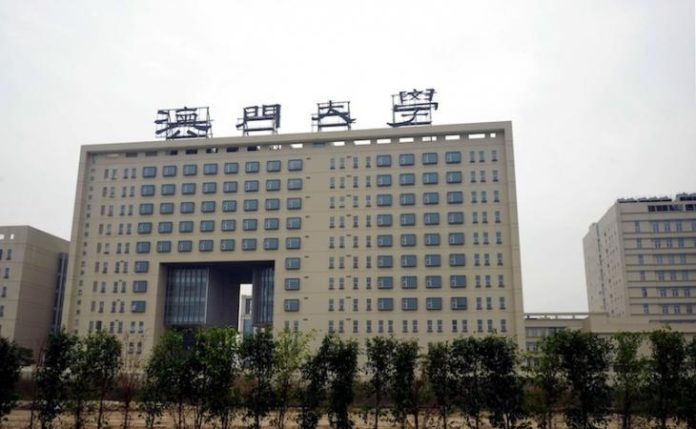 The University of Macau (UM) has mismanaged public funds and been providing accommodation to staff who are also residential property owners here, a report by the Commission of Audit has found.
According to the report, as at May 31, 2014 as many as 217 university staff were living on-campus rent-free. These were all Macau ID cardholders. Of these, 32 were found to be residential property owners, with five owning two residential properties.
Since the construction of on-campus accommodation is funded with government money, the report concluded that in allocating living units to academic and administrative staff, the university is actually hurting the public housing of Macau.
Considering that, on the one hand, the constructions at UM are part of the MSAR buildings, funded by public money, and on the other hand UM is a collective person with public rights and its workers fall under the group of employees who work for public entities, the university should exercise its policies in line with that of the government, the report reads.
The university is conducting a string of initiatives, the University of Macau said in response to the audit report, adding that under these initiatives is setting up of college residencies, the internationalisation of the honorary college and a new educational method. All these new initiatives depend on the good use [made] of the new campus [in Hengqin], the reply reads.
Housing academic and administrative staff on-campus shouldnt be seen as a perk but as an incentive for teachers and staff to stay on-campus and allowing them more interaction time with the students.
In addition, the allocation of residencies is determined by the universitys needs and long-term development plan as well as the availability of on-campus accommodation, the University of Macau said in its response.
Being a role model The report says that while the university is autonomous and independent, it should also be a role model as a public institution in carrying out good management skills not only for society but the public, too.
The University of Macau is a public institution for teaching that generates its own revenues through tuition fees, research work and donations. However, the majority of its expenditure is covered by an annual government budget, which in 2013 amounted to MOP1.2 billion patacas. This represents more than 85 per cent of the universitys overall expenditure of MOP1.4 billion, the report found.
In addition to the annual budget, the government also paid for the construction of the universitys new campus in Hengqin, which cost around MOP10.3 billion. The attribution of subsidies to the University of Macau shows the importance the government places on the higher education institution in the development of Macau, the report reads, adding that in giving the university autonomy to manage the funds, the institution should do so in a rigorous, efficient and transparent manner.
The report found that in this regard, the university had failed to manage public funds appropriately because good management isnt just about achieving a good return with minimal resources but about achieving good results and having a positive impact on society.
“UM agrees with the assessment made by the Commission of Audit, in that the current organisational model and election method for members of its Foundation could cause future management problems, the universitys rector Wei Zhao admitted in a statement in response to the report. He also added that the suggestions of the Commission of Audit were welcomed and would be taken into consideration in the future.
Alexis Tam, Secretary for Social Affairs and Culture, said yesterday he was going to ask the University of Macau to explain the Commission of Audits findings about the foundation. He also added that the university will change charters and go from a private to a public institution.