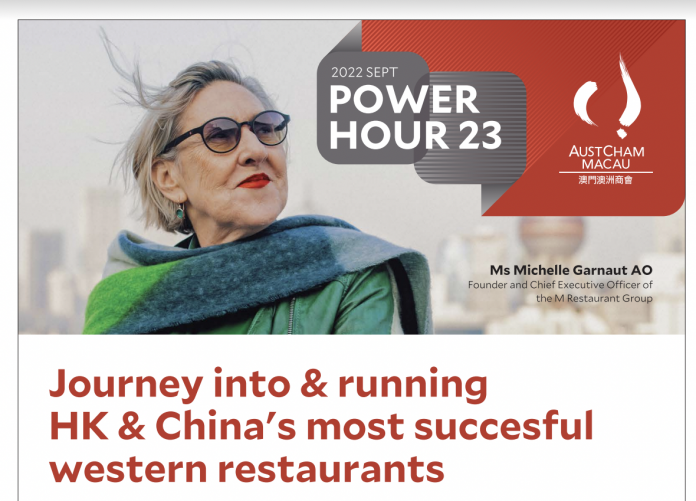 Michelle Garnaut, founder and Chief Executive Officer of the M Restaurant Group, will share her journey into and running Hong Kong and China’s most successful western restaurants in the upcoming instalment of the Power Hour series hosted by the Australian Chamber of Commerce in Macau (AustCham Macau) on Wednesday.

Ms Garnaut opened M at the Fringe in Hong Kong in 1989, becoming a household name. Ten years later, she expanded her presence on the Chinese mainland by opening M-branded restaurants in Shanghai’s historic waterfront and then in Beijing’s Tiananmen Square in 2009.

The talk will be held at St. Regis Macao’s Astor Ballroom (Level 5), on September 28.

The session will start at 6:30pm, followed by a Q&A session.

Attendance will be free of charge for AustCham members, while non-members will pay MOP100.

Those interested in attending the event should confirm their presence via e-mail to [email protected] or mobile text message (62663714).