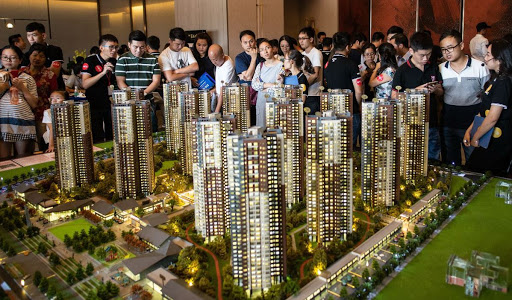 Among these cases, 37 suspected cases of irregularities were identified and followed-up with sanctioning proceedings launched against nine of them.

After complaints were received by local residents over alleged fraud when purchasing a property in the mainland, especially in Zhuhai, local authorities have attempted to prove that they have enhanced collaboration with authorities in the neighbouring Chinese city to prevent such cases.

The matter has led to a recent meeting between a delegation led by the Deputy Secretary of the Communist Party of the Municipal Government of Zhuhai, Liu Jiawen, meeting Secretary for Economy and Finance, Lei Wai Nong, and the top officials of the DSE and the Macau Consumer Council (CC) to discuss illegal advertisements for properties located in Mainland China and how to protect the rights and interests of Macau residents.

The CC has also created an online platform which integrates all information related to the acquisition of real estate in Mainland China for the purpose of easy consultation by consumers.

‘Consumers can search for their account number by first accessing the specific area mentioned above and then accessing the ‘Zhuhai City Real Estate Transaction Monitoring Platform’ or by directly accessing that platform, only after they have verified it, deposit the property payment amount in the indicated account,’ local authorities noted.

Zhuhai authorities have also already initiated sanctioning procedures for suspected cases of advertising of illegal buildings, as well as created a mechanism for verifying building certificates.

The DSE and the CC also held several meetings with representatives of the advertising, real estate mediation and advertising media sectors, in order to remind the respective sectors that they must comply with the provisions of the Advertising Law.

Awareness campaigns were also carried out in cooperation with consumer organizations in the Hengqin and Zhuhai through media platforms such as television, radio and internet, of the issues they should pay attention to when purchasing properties in the mainland.

March 1, 2021
Barber Mike Brown carefully guides his trimmer as he fights misconceptions about Covid-19 among

March 1, 2021
US President Joe Biden on Sunday backed the right of Amazon workers to unionize, but...