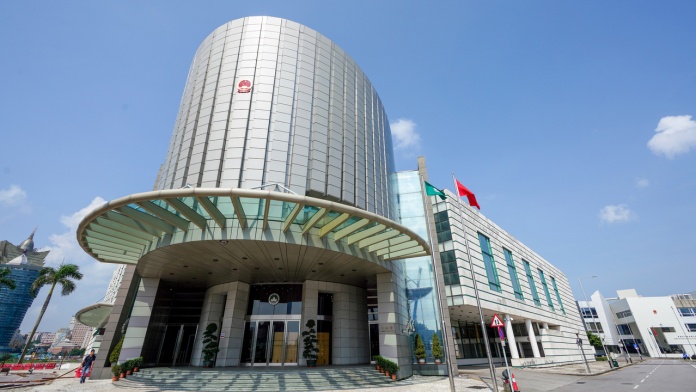 All six gaming concessionaires and subconcessionaires have issued statements welcoming and supporting the final green light given today (Tuesday) by the Legislative Assembly to the gaming law amendment bill.

Sands China’s president Wilfred Wong said the company thanks the government “for carrying out extensive consultations throughout the entire legislative process, which led to a consensus among the general public”, adding they “will comply with and abide by the provisions of the new gaming law to contribute to the healthy and sustainable development of Macau’s gaming industry”. In the same statement, Mr Wong concludes that Sands China “remains optimistic about the future of Macau, and will proceed to submit its bid for a gaming concession in accordance with the timetable set by the SAR government.”

MGM China said the new legislation “defines an important role in a healthy and sustainable development of the gaming industry in Macau”. Also according to the statement, the gaming operator thanks the Legislative Assembly and the Government for their efforts in accomplishing the passage of the gaming law smoothly and successfully”. MGM China express full confidence on the future development of Macau and stresses that it “will continue to unswervingly support the relevant plans of the Macau SAR government to promote economic diversification, and fully support Macau to further consolidate its position as a World Center of Tourism and Leisure.”

SJM stated that the law provides “new regulations and clear guidelines for the healthy and orderly development of Macau’s gaming industry, to pave the way for the long-term prosperity and stability of the city”, in the operator’s statement welcoming the passing of the new gaming law amendment. The company underlined that it “has been earnestly preparing for the tender process and is confident in the company’s continued future presence in Macau, in contribution to reinforcing Macau’s positioning as a world centre of tourism and leisure.”

Melco Resorts and Entertainment also issued a statement thanking Government and legislators and welcoming the gaming law amendment, noting it refines the relevant legal framework and promotes the sustainable and healthy development of Macau’s gaming industry for the benefit of the Macau community.” The company led by Lawrence Ho Melco stressed that it “is fully confident in the development of Macau’s integrated tourism and leisure industry, and will continue to promote economic diversification to further strengthen Macau’s position as a world center of tourism and leisure.”

Galaxy Entertainment Group (GEG) expressed gratitude to both the executive and legislative branches “for listening to the views of different community stakeholders when amending the bill, and completing the related works according to the planned timeline.” GEG stated that it fully supports the Government policy direction and “Macau’s sustainable development and advancement.” The gaming company will now “fully prepare itself for the tendering process for the new gaming concessions”.

Wynn Macau said it was “pleased that the Gaming Law Amendment has been approved” and thanked the Government and the Legislative Assembly for the very efficient process and collaborative engagement with all of the stakeholders.” With regards to the future, Wynn stresses that it looks forward to “working closely with the Government as the amended law is introduced and to contributing to the continued healthy and orderly development of the industry”.