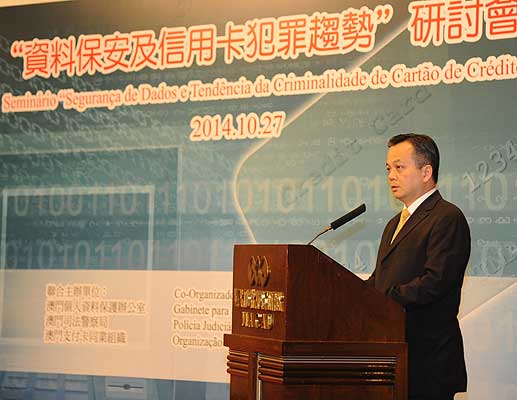 Sources told MNA that Adriano Ho will take over as DICJ chief in June, as Paulo Martins Chan will return to the Public Prosecutions Office, where he served as assistant prosecutor-general before becoming director of the city’s gaming regulator on December 1, 2015.

Ho has been one of the top advisors to the Secretary for Security since 2014 and was previously head of the Judiciary Police’s (PJ) gaming-related and economic crimes investigation unit, when the same Wong Sio Chak was PJ director.

Adriano Ho also served in recent years as a member of the Tourism Crisis Management Office and of the Coordinating Committee for Management and Development of Maritime Jurisdiction Areas.

Ho holds a bachelor’s degree in law and is fluent in both Chinese and Portuguese, Macau’s two official languages.