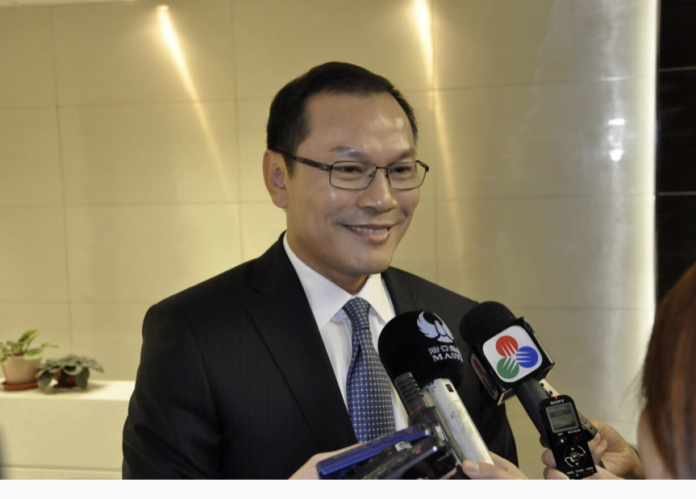 CCAC did not directly identify Li in a statement published on Friday morning, which only referred to him as “the former leader” of DSSOPT, but the watchdog later confirmed with local media outlet All About Macau and TDM the suspect was Li.

According to the CCAC statement, Li, who served as the bureau director between 2014 and December 2019, “abused his power during his tenure and unlawfully approved multiple construction projects” after receiving “considerable” sums of bribes from businessmen in person or through his family relatives.

“Other businessmen and individuals involved [in the case] are suspected of crimes of corruption, money laundering and forgery respectively,” the statement read.

The statement did not confirm the number of businessmen, the number and amount of construction projects involved in the case, and whether other incumbent and former DSSOPT officials have also been involved. MNA has asked CCAC for more details about the case but did not receive a reply before this story was published.

The case has been passed to the Public Prosecutions Office of Macau for follow-up, the CCAC statement said, which also did not confirm whether Li is now in the pre-trial detention.

“[We have received] strong support from the public security departments of Mainland China and the Macau Judiciary Police in this case,” the corruption watchdog only noted. “The public security departments [in the mainland] have successfully intercepted [Li], who has been on the run and lived in the mainland for a long time, and have transferred him to CCAC through the Macau Judiciary Police.”

One example CCAC gave about the crimes allegedly committed by Li was that after receiving “a huge amount” of money from an entrepreneur, the former DSSOPT director had circumvented the legal procedures to speed up the inspection and permit approval process for the businessman’s construction project, as the land usage period of the project was soon to be expired.

Li would also have ordered his subordinates to “write favourable opinions” for the analysis of an application of land assembly, so that the developer could “sell the parcel at a high price and make huge profits” after the land assembly, the watchdog said.

The former director is also accused of having allowed the construction of a project to follow an invalid street alignment plan so that the project could be exempted from the discussion of the Urban Planning Committee, while the construction plan of the mentioned project had been approved even though it did not comply with the rules and official standards, CCAC pointed out.

He had also helped a family relative to obtain residency in Macau via the major investment scheme, after arranging the relative to acquire shares of a company of a businessman, but the transaction was discovered to be forged, the watchdog added.

Before his tenure as the DSSOPT director between 2014 and late 2019, Li had also served as the deputy director of the bureau between 1998 and July 2008.

The former director has testified in the corruption trial of his former boss Ao Man Long, the former secretary for transport and public, who was arrested in December 2006 and has been sentenced to 29 years in prison after three rounds of trial. Li was criticised by the judge during Ao’s trial for not recalling any memories and giving vague responses.