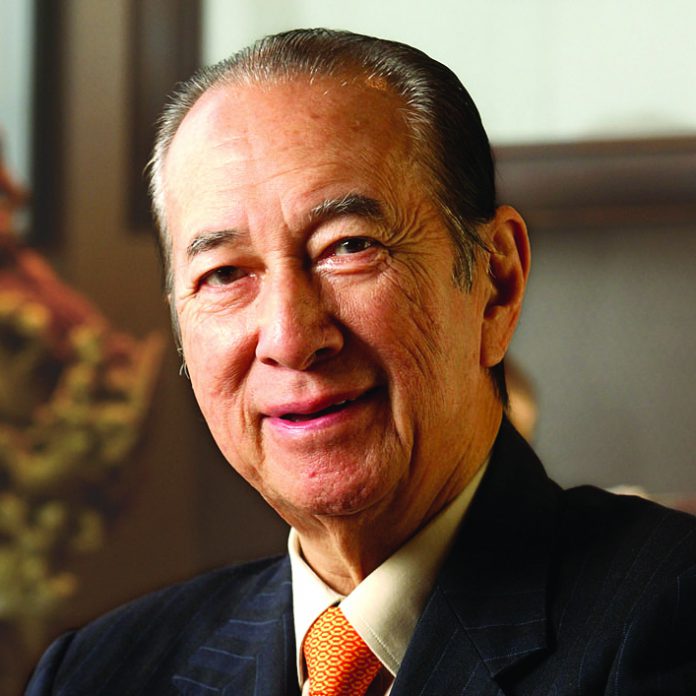 Ho had been under medical care for months at the Hong Kong Sanatorium & Hospital kidney dialysis and after his physical conditions started to deteriorate, his family was informed to come to the hospital and expect the worse.

The 98-year-old will forever be remembered for his gaming monopoly in Macau under Sociedade de Turismo e Diversões de Macau (STDM) exclusive concession until 2001 and seen as the godfather of gambling in Macau, Ho lived a colourful personal life and left his mark as being the man who dominated the city’s casino empire for four decades.

With several of his 17 children continuing to stay in the business, the Ho legacy continues to live on in many different forms.

A head for business

Born in 1921 as part of the Ho Tung clan, one of Hong Kong’s most prestigious families, Mr. Ho faced hardship early in life when his father Robert Ho-tung had lost his fortune during the great depression and abandoned his family.

Ho won a scholarship to study in Hong Kong University but was forced to abandon his plans when World War 2 forced his family to flee from the Japanese to Macau.

The Sir Robert Ho Tung Library was purchased in 1918 by Stanley Ho’s father, who lived there between 1941 and 1945. It was converted into a public library in accordance with Robert Ho-tung’s will.

Ho began working at a Japanese owned import-export firm in Macau, and made his first fortune smuggling luxury goods into China in World War 2.

He later set up a kerosene company in 1943 and profited from the post-war construction in Hong Kong.

In 1962, Stanley Ho won monopoly rights over gambling in Macau as part of a consortium with Teddy Yip, Yip Hon and Henry Fok, taking over a monopoly that was held by Tai Hing Company since 1934.

Ho retired as Chairman and Executive Director and as a member of the Executive Committee of the Board of the Sociedade de Jogos de Macau (SJM Holdings) on June 12, 2018.

Apart from his business, Mr. Ho was known for his colourful personal life, having married four times and fathered 17 children.

His first wife, Clementina Leitao, was from a prestigious family from Portugal and known widely as the ‘greatest beauty in Macau.’

Leitao’s grandfather was a lawyer and in 1940’s, Macau’s only notary public.

The couple married in 1942 and had four children, namely Robert, Jane, Angela and Deborah.

However, Leitao’s health deteriorated in the 1970’s when she suffered partial memory loss in 1973.

In the 1950’s, Ho met Lucina Laam King-ying, who was the daughter of a Chinese soldier who had fought in the war against Japan, and was married to her in 1962 in Hong Kong, before polygamy was banned.

His other child from the second marriage, Josie Ho, joined show business in Hong Kong.

Ina Chan, his third wife had met Ho when hired to take care of Leitao, had three children, namely Florinda, Laurinda and Orlando.

Their relationship was cemented when the gaming businessman bought her two apartments in Repulse Bay.

Currently, Mrs. Chan is the vice-chairwoman of Tung Wah Group of Hospital.

Angela Leong On-kei, Stanley Ho’s fourth wife, met the tycoon in 1988 when they danced together at a private ball.

Leong was born in Guangzhou and was a dancer in a troupe.