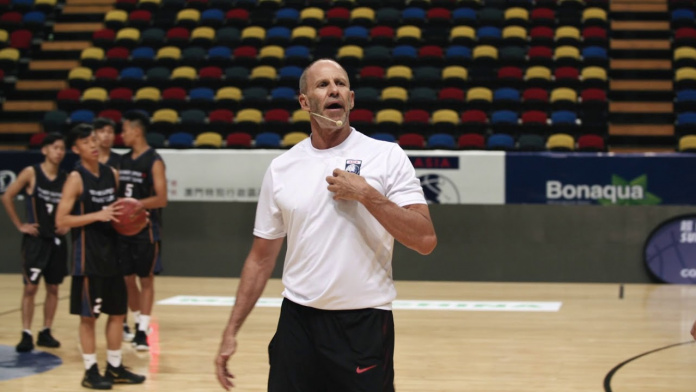 Established in 2016, the EASL held several single-site invitation tournaments in the Macau SAR between 2017 and 2019, with its organisers announcing a new home-and-away pan-regional format beginning in October 2022.

In an interview with Macau New Agency, EASL CEO, Matt Beyer, revealed that the competitions would include a new professional basketball team franchise named the Bay Area Chun Yu Phoenixes with athletes from Macau, Hong Kong, Mainland China, and Taiwan, and involve a budget possibly as high as US$13 million.

The team was later renamed Bay Area Dragons, formerly known as the Phoenixes, due to the existence of an already established Philippine Basketball Association (PBA) club with a similar name, the Phoenix Super LPG Fuel Masters.

Goorjian will lead the club for the next two seasons and manage a roster of top free agents from Hong Kong SAR, Mainland China, Taiwan and the Macau SAR.

“Like all EASL teams, the club will also have one Asian import and two foreign import players, making up its dynamic roster. For the PBA, the squad will play with one import (height limit to be determined), respecting the PBA’s Commissioner’s Cup regulations.

Aside from having won six Australian National Basketball League titles, Goorjian also led the Australian national team to their first-ever Olympic medal, a bronze medal at the Tokyo Olympics.

Goorjian also has experience in the Chinese basketball world, having led the Dongguan Leopards in the Chinese Basketball Association (CBA) for six seasons, and serving as assistant coach or advisor with Guangdong Southern Tigers from 2015 to 2016, the Shanghai Sharks from 2016 to 2018, and the Xinjiang Flying Tigers in 2018 for one season.

In 2018 he also led an East Asia Super League coaches’ clinic in Macau, attended by coaches from all over the world.

EASL’s Season 1 of home-and-away competition will have eight teams in total, playing with a 12-man roster with two import players and an Asian import player allowance.

The champions and runners-up from the previous Japan B.LEAGUE, Korea KBL, and Philippines PBA seasons will qualify to compete in EASL, the championship team from Taiwan’s P.LEAGUE+ and the newly formed Bay Area Chun Yu Phoenixes will be the Greater China representatives.

These teams will compete for the US$1 million prize and the title of being the best in East Asian club competition.

The new franchise was created with the Chun Yu Basketball Club a team in the Hong Kong Basketball Association, HKBA, with the support of the International Basketball Federation, with CBA Finals GM, Liu Quansheng, overseeing the team’s operations and scouting.

The team will be based in Hong Kong and will play three home and three away games against the champion and runner-up teams from the PBA (Philippines), B.LEAGUE (Japan), and the KBL (Korea) in a six month period from October 2022 to February 2023, and potentially qualify for the EASL Final Four competition that will crown the champion, hosted in a major city in March 2023.

The Bay Area Dragons home games in the regular season will be played in Hong Kong, with a schedule of 20-30 games in other Asian leagues and globally throughout the year as a super team representing the Greater China region