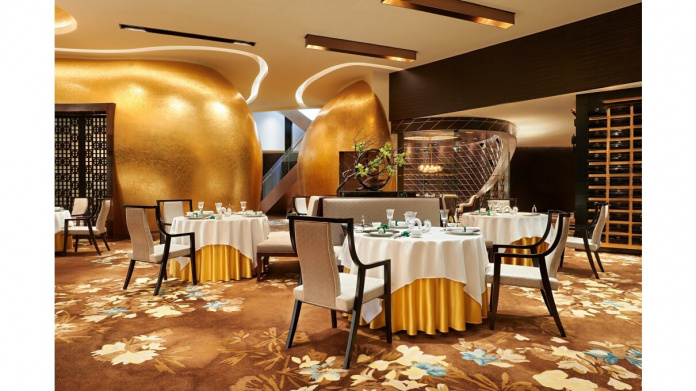 It is a cliché in the food industry to say ‘we eat first with our eyes’. Research involving a scholar from the Macao Institute for Tourism Studies (IFTM) has found there is truth in the saying – at least when it comes to a restaurant’s outdoor signage, and how that impacts consumer attitudes and their intention to purchase food from the eatery.

Work developed by IFTM assistant professor Dr June Yang Hui Jun in partnership with Dr Hanqun Song of the University of Bradford, in the United Kingdom, found that restaurant signage colour has an impact on consumers’ perceptions of food healthiness and purchase intentions. In addition, a restaurant’s name “significantly” affects consumers’ intention to purchase from it.

The research also identified an “interaction effect” of signage colour and restaurant name on consumer impressions regarding the healthiness of the food served and consumers’ intentions to purchase some of it.

The research was published in March in the online version of the British Food Journal. The paper was titled “Ethnic restaurants’ outdoor signage: the effect of colour and name on consumers’ food perceptions and dining intentions”.

Dr Song and Dr Yang pointed out in their work that logo colour and corporate name were key elements of a restaurant’s corporate visual identity. As part of their research, they conducted an online survey asking a sample of 213 people living in the U.K. to answer questions related to signage colour and restaurant name.

The experience drafted by the scholars involved a fictitious Greek food restaurant setting. Survey respondents – who needed to have dined previously at a Greek restaurant – were each randomly assigned to one of four experimental scenarios: two relating to signage colour and two for restaurant name.

The work focused on “ethnic restaurants”: the term defines eateries that serve cuisine not viewed as traditional to the region or place where the eatery is based. An ethnic restaurant usually serves the food of a specific ethnicity of people (i.e., Chinese, Mexican, Indian, etcetera).

What’s in a name?

A “key managerial insight” from the study was that the outdoor signage of restaurants “may be manipulated by restaurateurs to enhance consumers’ perceptions of food healthiness and dining intentions”, wrote Dr Song and Dr Yang.

According to their results, blue-white signage “elicits consumers’ perceptions of food healthiness and their dining intentions in the context of Greek restaurants”. This finding, the researchers argued, might also have implications to other ethnic restaurants, in that national colours can be used in the outdoor signage to enhance consumers’ intention to dine there. “For example, a Chinese restaurant in the U.K. may have yellow and red in the outdoor signage as both colours are the national colours of China,” suggested the authors. “This action can increase consumers’ dining intentions.”

One of the findings of the research was that a restaurant’s name by itself, whether typical or atypical, did not affect consumers’ perceptions of food tastiness and healthiness. But as typical names appeared to have an impact on consumers’ dining intentions, “managers may wish to include cues on typical cuisine in their restaurant names”, the researchers said.

Again, the finding could also be applied to other ethnic restaurants in the U.K., suggested Dr Song and Dr Yang. “For example, a Chinese restaurant in the U.K. may have some cues related to China, such as the Great Wall, Beijing, Shanghai and China, in the outdoor signage as these explicit cues can increase consumers’ dining intentions.”

The two scholars cautioned that effective outdoor signage was only the beginning when it came to ensuring consumers perceived a restaurant’s food as tasty and healthy – before actually trying it. “Restaurant operators must also focus on other attributes affecting consumers’ perceptions of food tastiness and healthiness, such as the menu, interior decoration and food appearance,” Dr Song and Dr Yang wrote.

Dr Hanqun Song is an associate professor at the School of Management of the University of Bradford, in the United Kingdom. He holds a PhD in in tourism marketing from Griffith University in Australia. Dr Song’s research interests are centred around consumer behaviour in the tourism and hospitality sectors.