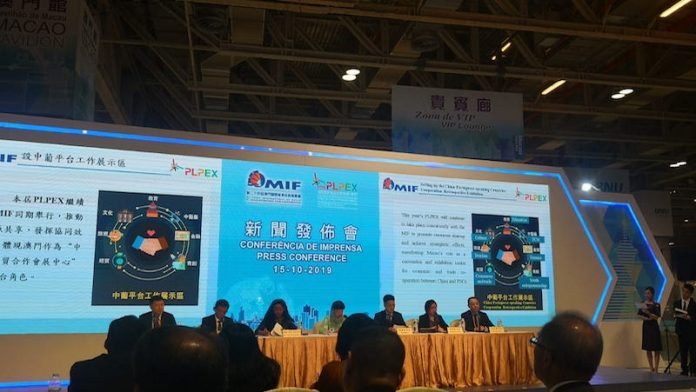 Cape Verde and Jiangsu province will be the main partner country and province of this year’s Macau International Trade and Investment Fair (MIF), to be held between October 17 and 19.

The African Portuguese-speaking country will have a 180 square metres pavilion set up by Cabo Verde TradeInvest at the event held at The Venetian, with Jiangsu to have a 300 square meters pavilion. The event’s organising budget will be around MOP33 million (US$4 million).

“We are working to bring more investment to Cape Verde and are achieving it. It is important to attract quality investment and make Cape Verde a platform for African countries,” Ms. Barber added.

Cabo Verde TradeInvest is a public entity focused on the promotion of investment and export to the African country.

Some 22 Cape Verde companies will take part in the 24th MIF, 10 to exhibit and eight to visit Guangdong, with each of the country’s 10 islands having companies represented, but most from Santiago, the largest island.

The companies present are involved in agriculture, commerce, services, and diverse industrial businesses, from food to textiles.

The Cape Verde representative noted the country had several advantages for investment, including free capital transfers; parity of its currency with the Euro; political and social stability; a mature democracy; and its strategic location.

The African country recorded some 28.4 million euros (MOP253 million/US$31.3 million) in foreign direct investment in the first quarter of 2019, a year-on-year increase of 55.3 per cent, with Portugal the leading contributor.

“We have a delegation with a strong institutional presence to showcase the business environment in Cape Verde and to reinforce our commitment to establishing advantageous partnerships with our countries,” Ms. Barber added.

Two higher education protocols will also be signed with the Jiangsu province by the country’s Minister of Education.

An agreement will also be signed between TradeInvest and the China-Portuguese-speaking Countries Co-operation and Development Fund according to its President, with another agreement signed with the Cape Verde National Association of Travel Agencies and the Macau Travel Agencies Association.

“We are paying a lot of attention to Cape Verde and working for further collaboration between the two regions […] Jiangsu has very rich maritime and water resources […] it is also one of the main industrial cities in China […]” the Deputy Director-General of Hong Kong and Macau Affairs Office of Jiangsu Provincial People’s Government, Zhang Songping, said today.

According to Mr. Zhang, one Cape Verde university will also be built this year by the Chinese government.

An Industrial and Commercial Summit between Jiangsu-Macau-Portuguese-Speaking Countries and a Jiangsu-Macao-Cape Verde co-operation forum will also be held, putting together economic and trade representatives and scholars from the three regions.

The 24th MIEF will also include representatives from more than 50 countries and regions, with the event covering an area of 24,000 square metres and offering nearly 1,500 booths.

A cross-border New Retail Pavilion and a Brazilian Products Pavilion will also be introduced this year.

An Inotech and Startups Zone will also be set up to showcase scientific and technological innovations, e-commerce products, eco-technologies, and smart home appliances.

The 2019PLPEX will again be held concurrently with MIF, with a 6,000 square meter area and offering 250 booths, bringing enterprises from eight Lusophone countries plus mainland China, Hong Kong, and Macau products and services.