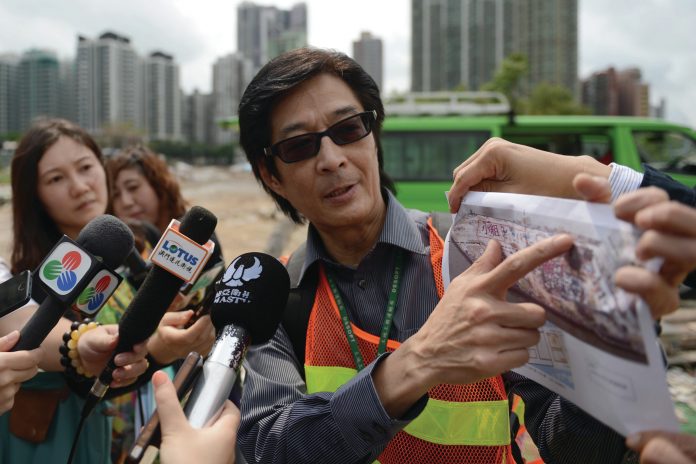 The high-profile trial was scheduled to start on November 4 of this year but was adjourned to November 25 after only half of the total 21 defendants involved showed up in court.

This alleged criminal syndicate included the family members of the four defendants and group real estate developers, with the goal of transferring illicit interests and benefits through various forms such as active corruption, passive corruption, and money laundering capital.

The Prosecutions Office claims that the criminal group was led by the accused Carion, Sio and Kuan, with Li replacing Carion as the alleged leader of this criminal syndicate upon replacing him as DSSOPT head in 2014.

The MP’s extensive indictment details the alleged benefits exchanged between the defendants and details the contacts between the DSSOPT officials, real estate developers, family members, and other third parties involved.

Some of the family members of the DSSOPT directors said to have been involved in the operation included Carion’s spouse, stepdaughter, and son-in-law, while Li’s spouse and paternal cousin were also cited as having taken part in the illicit scheme.

According to the accusation, between 1991 and 2016, the total income of Carion and his relatives reached approximately MOP20.5 million, with the family having purchased several stores and companies that incurred losses of MOP20.7 million. during the same period.

Nevertheless, in the same time span, Carion and other family members acquired 35 properties, including housing, shops, and parking lots, the total value of the acquisition of these properties is MO$112.8 million while still holding at least MOP12 million bank deposits by 2018.

One of the main examples of pay-for-play by Carion involves the Alto de Coloane real estate project advanced by Sio Tak Hong, who is also a former a standing committee member of the Chinese People’s Political Consultative Conference of Guongdong province, Macau District.

The indictment describes the process that led to the DSSOPT approving a real estate development promoted by Sio Tak Hong’s company in an Alto de Coloane land plot, that exceeded the set height limits for the area.

The land plot in question in Alto de Coloane is located next to Rua de Entrecampos and Estrada de Seac Pai Van and has an area of 56,866 square meters.

Under urban development requirements for the area issued by Carion himself in buildings to be erected in the area would not be allowed to exceed seven floors and a maximum height of 20.5 meters.

Construction works would also not be allowed to excavate the large-scale mountain; a plot of land with an area of 22,321 square meters located next to the Estrada do Alto de Coloane and the Estrada Militar was defined exclusively for green area, while any developer would have to transfer part of the land to the government in order to facilitate the construction of entrances by the owner.

In 2004, after deciding the restrictions would not allow for a project to recoup the investment in their planned development, the company that held the land plot Chong Fai – Investimento Imobiliário, Lda. sold it for MOP88 million to Seng Hong – Sociedade de Desenvolvimento, Lda. a company held by defendants Sio Tak Hong and Si Tit Sang.

According to the indictment, in 2009 Seng Hong requested authorization from the DSSOPT to build nine 22-meter-high residences and nine buildings with 37 floors and 115 meters’ height, reaching an agreement with Carion for his assistance in allowing the project, even if it did not comply with urban regulations imposed in 1999 and 2009 by the Director himself.

The prosecution alleges that despite knowing the development limitation in the protected area, Carion breached the public interest and abused his power by “instructing and interpellating” his subordinates to complete the assessment for the issuance of the alignment plan as soon as possible and to grant the application presented by Seng Hong.

The DSSOP Director was said to have assigned the task of evaluating the development request to a junior architect, despite it being in charge of a more experienced DSSOPT architect so that he could better control the process.

He then repeatedly pressed the DSSOPT personnel in charge of the evaluation to alleviate the situation and create a new alignment plan that would allow Seng Hong to develop the project at the proposed height, the indictment continues.

Even after opposing opinions were submitted by the Environmental Protection Bureau (DSPA) and the Municipal Affairs Bureau (IAM) to the DSSOPT opposing the construction of a 115-meter-high project in a protected area, Carion was said to have pressured his own officials to dismiss these concerns and ultimately approve the project.

In the following years, Carion would continue to assist Sio and his companies during several urban evaluation procedures related to the project.

In exchange for the assistance, the prosecution claims that between August 2009 and October 2014, Sio Tak Hong leased HKD 7.3 million in property to the former DSSOPP Director, both directly and through the defendant Sio Ka Kuen, by simulating renting at a price well below market value.

The official is also accused of receiving illicit benefits totaling HKD 3.9 million from defendant Sio Tak Hong through the sale of a residential unit in the Dynasty Garden Building.

In 2018 a Commission Against Corruption (CCAC) issued a report indicating that several irregularities and mistakes had been committed by local authorities in establishing the plot’s ownership, size, and height requirements.

The report suggested that authorities reclaim the land and in March, 2019 a release by the Secretary for Transport and Public Works ordered the company to vacate the area of the fencing and construction materials it deposited in the land within 30 days.

In 2020, the Court of Final Instance (TUI) ruled against an appeal by the owner of the contentious 56,592 square metre land plot, which has remained undeveloped – aside from a temporary public garden area – until now.

In 1990, Empresa de Desenvolvimento Predial Vitória, S.A. was granted a 25-year lease without public auction for a 19,045 square metre land plot in Estrada Governador Albano de Oliveira in Taipa, a land parcel designated for the construction of a residential, commercial and hotel complex.

Under the original development plan, only buildings of up to 16 floors could be built, consisting of three blocks for housing, a shopping center, a 4-star hotel, and an office building.

According to the indictment, in 2004 Ng acquired a controlling stake in Vitória, S.A. and reached an agreement with Carion to help change land development requirements, and ease height limits for the Windsor Arch project.

“Vitória, S.A. issued a request for alteration of the urban conditions and the purposes of the land for the Windsor Arch for the construction of a housing complex comprising 8 towers with 31 to 37 floors, a 5-story podium and an underground parking floor,” the document reads.

During the next two years, Li Canfeng and Carion “illegally authorized” several changes to the project and concession, increasing the land area available to Vitória, S.A., the height of the buildings to be constructed, and the planned hotel project to a residential and commercial building.

These proposals were submitted and approved by the then Secretary for Transport and Public Works, Ao Man Long, but in one instance in 2007 Carion allegedly even overstepped the Secretary’s authority in approving a change.

Ao Man Long was arrested in 2006 and stood trial in 2007 in the SAR’s first post-handover large-scale corruption scandal. He is serving a 27-year jail sentence for bribe-taking, money laundering, abuse of power and accumulation of unjustified wealth.

“[Carion] abused its power by providing support and transferring illicit interests to real estate industry entrepreneurs, receiving illicit advantages from them in return. In order to hide and disguise the origin of these illicit advantages, Carion used them in the purchase of various properties, goods such as luxury brand bags, using family members,” the indictment reads.

In exchange for his assistance between 2008 and 2010, Ng was said to have transferred two properties, one in Travessa dos Lirios to Carion and another in Rua de São Roque, indirectly to Carion, via property sales to his relatives for prices considerably lower than their market valuation.

After Carion left his position, Li Canfeng continued the same pattern of illegal assistance to Ng and William Kwan upon taking over the DSSOPT top position, the indictment alleges.

Ng was sentenced in the United States to four years behind bars in 2017 for attempting to bribe two United Nations officials and returned to Macau in April last year. he was one of the few defendants present in court on November 4.

After retiring in 2014, Jaime Carion left Macau to an “uncertain destination” according to the Administrative Court, but sources told MNA in 2019 he was residing in Portugal.

MNA reported in 2019 a list of about 40 real estate properties purchased between 1991 and 2016 under the name of Carion and his family had been seized by the authorities. The properties, including residential units, parking spaces, offices, commercial and industrial units, were owned by Carion, his wife and daughter.

December 5, 2022
Traditional rivals France and England will meet in the World Cup quarterfinals after emphatic victories...