Auto giant Stellantis, formed by the merger of Peugeot-Citroen and Fiat-Chrysler, said Wednesday that it booked a strong rise in revenues in the first quarter, despite production outages related to the pandemic and a worldwide shortage of semiconductors.

“In our first quarter since the merger, Stellantis posted strong first-quarter 2021 revenues, with the diverse brand portfolio driving increased volumes, positive pricing and improved product mix, despite the headwinds from the global semiconductor crisis,” the group’s chief financial officer, Richard Palmer, said in a statement.

Stellantis said that group revenues rose by 14 percent to 37 billion euros ($44 billion) in the three-month period and overall shipments were up 11 percent at 1.567 million units.

The increase reflected “strong consumer demand and retail mix, as well as the impact of Covid-related temporary production suspensions… partially offset by production losses due to semiconductor shortages,” the statement said.

That shortfall amounted to 190,000 units or 11 percent of planned production in the quarter.

Looking ahead to the full year, Stellantis said the visibility was “limited” regarding the impact of the semiconductor shortage.

But the automaker warned that the second quarter “will be worse than the first quarter, with some improvement in second half of 2021.” 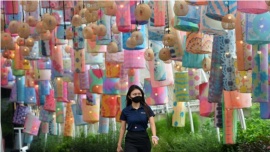