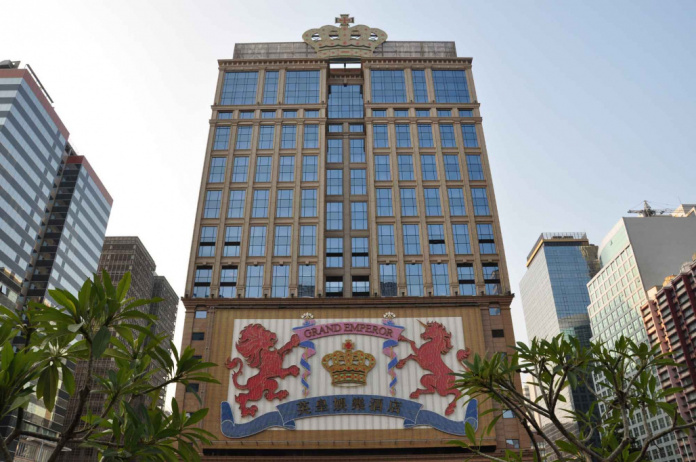 Emperor Entertainment Hotel Limited has issued a stock filing this evening (Friday) announcing that their casino located in the Grand Emperor Hotel, downtown Macau, will cease operations as they will not renew the service agreement with gaming concessionaire SJM, which expires on June 26.

“The Group’s casino in Grand Emperor Hotel is operated under the gaming concession held by SJM. As the Group has been facing a tough business operating environment arising from the Covid-19 pandemic over the past two years,” Emperor Entertainment Hotel Limited states in a filing to the Hong Kong Stock Exchange.

According to the statement signed by Emperor Entertainment Hotel Chairperson Semon Luk Siu Man, “considering the gloomy outlook of the high-end gaming segment” and “after careful and due consideration” the group has resolved not to renew the service agreements with SJM and to cease the gaming operation. The hospitality business in Grand Emperor Hotel will remain operational.

Chinese language newspaper Macao Daily News had reported on March 24 that seven satellite casinos are planning to stop operations by mid-year, due to the tightening of visa applications to Macau, lack of cash flow, and the negative impact of the repeated pandemic outbreaks.