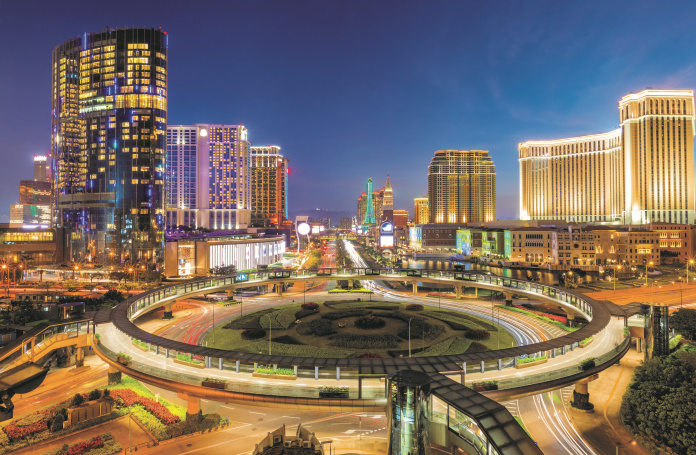 The local casino revenue tally will likely go down to near-zero again after the largest community outbreak since the pandemic started, gaming analysts stated.

About 34 confirmed Covid-19 cases have been discovered so far with a mass testing drive already underway and tightened restrictions for movements between mainland China and the SAR.

The border remains open but travellers leaving Macau must present a negative test result issued within 24 hours, leading to another tumble in visitor numbers and pushing gross gaming revenue levels to near-zero levels for a few weeks until the situation is brought under control, dispatches by Sandford C. Bernstein and JP Morgan indicate.

Additionally, Zhuhai has announced that anyone crossing into Macau needed a negative COVID test within 48 hours prior to crossing the border.

‘While Macau’s Secretary of Finance has said that the casinos will not be shut down, visitation into the city will be severely limited (perhaps being almost completely blocked) and revenues are set to plummet close to zero for at least the next week, and quite likely several weeks – GGR will be severely impacted in both June and July,’ Bernstein analysts say in a dispatch.

In a note issued recently, JP Morgan provided a table in which it estimates the ‘liquidity runaway’ for local gaming concessionaires in the worst-case scenario.

‘Under this harsh stress test, Sands and SJM have the shortest liquidity runaway of nine months until March 2023 while other operators such as Wynn/MGM/Melco have 1.4/2 years liquidity […] Galaxy has available liquidity for 60 months’ JP Morgan notes.

The brokerage also warned that all operators will have to set aside MOP5 billion for registered capital as is included in the new gaming law amendment at least until the end of 2022 before new concession terms start, which could worsen their available liquidty.

This would further shorten liquidity to just one month for SJM and six months for Sands in a worse-case scenario.

In practice, however, JP Morgan expects controlling shareholders to provide funding via shareholder loans, such as the US$500 million loan provided by Wynn Resorts to Wynn Macau last week.

As for the future gaming law amendment deadline, Bernstein analysts indicate that depending on how quickly Macau is able to get the newest outbreak under control, there is a ‘risk of delay to finalization of the gaming law amendments and subsequent concession tender process’.

‘While the Legislative Assembly is slated to vote on the gaming law on Tuesday afternoon and there is no indication currently that this will be delayed, delays are
possible if pandemic control measures become more restrictive,’ the brokerage added.

‘Still, it underlined that it is still highly likely that both the finalization of the law and the subsequent tender will be completed without a need for further concession extension’

The gaming law was set to be approved before June 26 with the current gaming concessions expected to be extended until December 31, 2022.