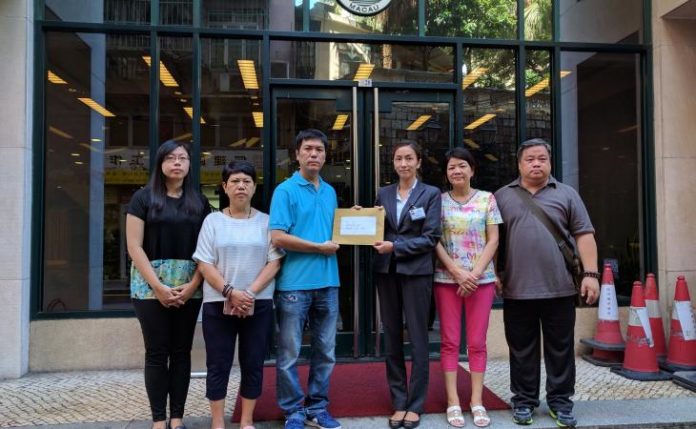 The Macau Gaming Enterprises Staff Association of Macau Federation of Trade Unions (FAOM) presented a petition to the Secretary for Social Affairs and Culture, Alexis Tam Chon Weng, at Macau Government Headquarters yesterday. The petition primarily urges the government to strengthen its enforcement of the smoking ban in gaming venues. The Director-General of FAOM, Kelvin Choi Kam Fu, revealed that the petition was also triggered by the 50 complaints that they had received for the last three to four days from workers currently working in a newly opened casino. Choi indicated that many gaming companies disregard the smoking law and facilitate unauthorized smoking zones – in particular, VIP rooms. In addition, many smoking-free VIP rooms were closed and companies have turned them into high betting zones in which smoking is permitted. Many workers consequently question the determination of the government in enforcing the full smoking ban in casinos. “If the government is really determined to ban smoking in casinos the newly established casinos should not have any smoking rooms that are approved by the government and not mention the VIP rooms that allow smoking,” Kelvin Choi said. He complained that the government had never imposed any clear guidelines on the locations of those smoking-allowed areas. Workers are therefore unable to determine whether the current smoking areas in casinos are lawfully approved by the government. For this reason, the petition also urges the government to produce clear information on the locations of smoking-allowed areas. He told reporters that the petition also prompts the government to resolve the problem for tables located near smoking rooms as workers complain that smoke wafts over when the door is opened.