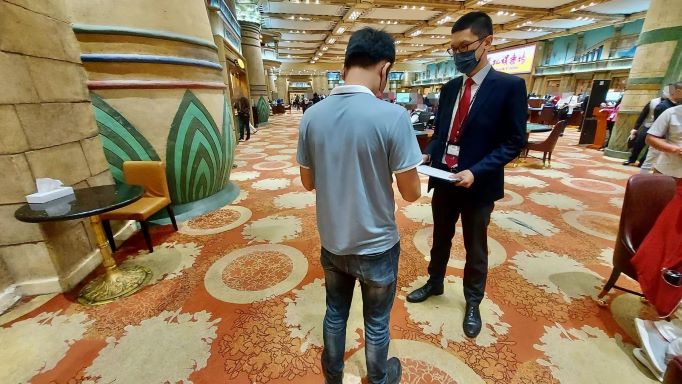 Gambling experts told Lusa that the casino industry in Macau would have to get used to living with lower profits, even in a future without the restrictions and impact caused by the Covid-19 pandemic.

Alidad Tash, chief executive of specialist gambling company 2NT8, estimated that post-pandemic casino profits will fall to about half of what they were before the pandemic but stressed that they would also face fewer risks.

“I think the casino business will continue to be profitable. Not as much as before, but still a healthy profit. And the good news for casinos is that they have spent billions of dollars building luxury integrated resorts. They won’t be spending as much on new infrastructure. So the risk is lower. In other words, they will make less profit than before, but also with less risk,” he summarised.

Despite the disappearance of the ‘junkets’ (recruiters of high-stakes players), “Macau will continue to be the best destination for Chinese players,” he maintained.

“This is because Macau is Chinese. They do not find themselves in a foreign land. The restaurants are authentic, the shopkeepers speak Cantonese as their mother tongue, and they may also speak Mandarin. This is not the case when Chinese gamblers go to Korea, Philippines, Vietnam,” he explained when asked about a possible gambling industry bet on other Asian countries.

However, Alidad Tash predicted that Chinese high rollers “will not be able to come as often,” facing “greater difficulties in bringing large amounts of money to Macau or any other destination.

The point is, he reasoned, that “junkets used to be one of the biggest facilitators for taking money illegally out of mainland China” because Beijing “limits how much money per citizen can leave its borders”.

In short, with the ‘junkets’ out of circulation, “high rollers will visit and gamble less often in Macau, and with less money per trip.”

Ben Lee, an analyst at gambling consultancy IGamix, highlighted the impact of the disappearance of the VIP market due to a crackdown on marketing aimed at it and capital outflow, along with a new, more restrictive visa policy from Beijing visible in the last year.

These facts indicate that potential future returns “will be more challenging and less profitable”.

He explained that “marketing and promotion costs aimed at the mass segments have always attracted low returns in relation to what was disbursed”.

That said, he stressed, Macau “has to move towards attracting tourists from jurisdictions other than China,” but to do so “requires more than mere words on the part of the local authorities,” noting that “the specialisation deficit is growing, as more and more foreign skills are being pushed out of Macau.

Ben Lee lamented this, especially when “planning for the future is now needed” and when the gaming industry is at its worst in Macau, as “it is likely” that July gross revenues “will be even lower than the previous low of 716 million patacas [€87 million] in June 2020”.

Macau, the gambling capital of the world and the only place in China where casino gambling is legal, is experiencing the worst outbreak of covid-19 since the pandemic began, prompting authorities to enact a state of immediate prevention and a partial lockdown that mandated casino closures for nearly two weeks.

The concessionaries have accumulated unprecedented losses since 2020. The government has been forced to resort to the extraordinary reserve to respond to the crisis because about 80 per cent of government revenues come from gambling taxes.