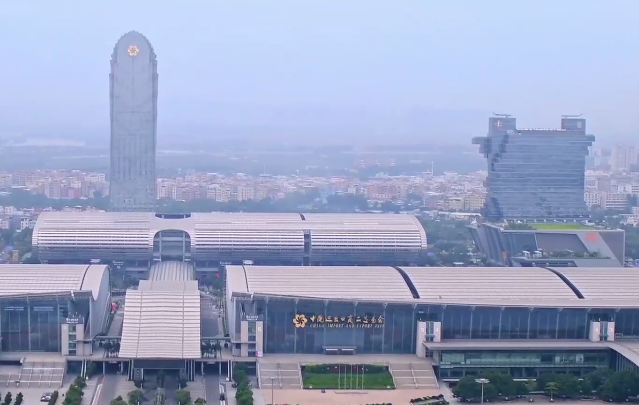 Chief Executive Ho Iat Seng is in Guangzhou to participate in the opening of 130th session of the China Import and Export Fair, also known as the Canton Fair, which kicks off on Friday (October 15).

Ho Iat Seng arrived in Guangzhou yesterday, where he attended this morning, the opening ceremony of the 130th China Import and Export Fair and the Pearl River International Trade Forum.

Ho Iat Seng is in Guangdong at the invitation of the Minister of Commerce of the People’s Republic of China.

During his absence, the Secretary for Administration and Justice, André Cheong be the acting Chief Executive.

Starting tomorrow (October 15) nearly 8,000 global enterprises will participate in offline exhibitions of the 130th session of the Canton Fair.

Meanwhile, around 26,000 companies from home and abroad will participate online, with a record number of 2.82 million exhibits submitted, said Chu Shijia, head of the China Foreign Trade Center, one of the fair’s organizers.

The upcoming five-day session will be the fair’s first time to be held online and offline concurrently.

Founded in 1957, the Canton Fair is seen as a significant barometer of China’s foreign trade. The 129th session attracted approximately 26,000 companies showcasing more than 2.76 million exhibits.

October 28, 2021
Quarantine requirements will be enforced for people coming to Macau who has been in certain...
Load more