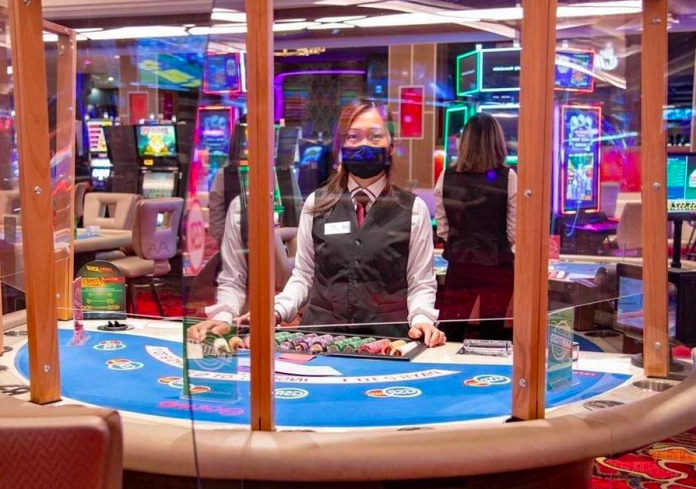 The lack of information provided on the future of the gaming sector by Chief Executive Ho Iat Seng during his 2022 policy address was “striking” considering the short timeline for the expiration of gaming concessions, security and consulting company Steve Vickers & Associates Ltd (SVA) stated in a recent dispatch.

The current law sets 20 years as the maximum period for gaming concessions, with authorities able to extend the concessions for up to five years.

All six concessions and sub-concessions are set to expire in June, 2022 with no indications provided by authorities so far on if the concessions will still be extended before that deadline.

‘The Chief Executive simply commented that a public tender process will take place after the expiry of current concessions.  He did not provide further detail on timing, despite earlier commitments to complete a tender process by the fourth quarter of 2021 – a schedule that now seems very optimistic,’ the company noted in the dispatch

‘Of course, the authorities could still fudge the issue, and simply extend the concessions (as is possible under the existing rules, for a maximum of five years).  In the interim, though, the tendering process remains opaque, leaving the casino sector in a state of limbo.’

According to Vickers, Ho’s “silence” added to the uncertainty affecting the casino industry, considering gaming accounts for 80 per cent of Macau’s GDP and the pending end of the gaming concessions.

Total gross gaming revenue totaled MOP72.1 billion between January and October, a 57 per cent increase from the same period last year but still distant from the MOP292.46 billion reported in 2019, pre-pandemic.

‘What Ho did say, though, held out scant hope for the sector in the short term.  In particular, he spoke of the need to ensure “healthy” development, and above all stressed the battle against COVID,’ he added.

‘The Chief Executive also put greater emphasis on the enforcement of capital controls, in line with mainland policies for “dual circulation”, a dogma advocating a form of autarchy, and on diversifying Macau’s economy, in line with regional integration plans under the Greater Bay Area Initiative’.

The 2022 policy address document also makes few references for the government’s plans for the city’s main business sector next year stating only that authorities will ‘improve the legal diplomas related to the gaming sector’ and the procedures for the oversight of the sector.

Authorities have 180 days to provide a final report on the public consultation, with a draft bill to then be submitted to the AL for evaluation.

The security consultant addressed some of the policies advanced by the draft, perceived as tightening oversight in the indsutry, such as gaming companies having to secure approval to pay dividends outside of Macau.

“The Macau government seems, under direction from Beijing, determined to diversify away from a total reliance on casino gaming; and the looming end of the concessions provides great leverage to force through the necessary changes,’ the consultant warned.

‘Companies have sold US$28.6 billion in bonds since 2017, comprising some 80 per cent of all the debt issued since the liberalization of the casino industry in 2001. Sooner or later, this debt burden will take its toll, at the very least by reducing investment returns,’ he added.

Gaming Inspection and Co-ordination Bureau (DICJ) officials addressed this matter during the public consultation sessions, clarifying that the purpose of dividends restrictions is for operators to use their profit to help Macau to diversify its economy.

Some analysts considered that this represented that Macau authorities are not banning dividends completely, but allowing dividends to be paid so long as they have invested a certain amount into non-gaming in the SAR.

The public consultation document proposes a new crime covering illegal money deposits incurring a possible 5-year prison sentence or fine penalty to concessionaires who, on their behalf or through their shareholders or employees, accept the deposit of cash or other amounts provided by others and, because of this, pay or undertake to pay remuneration or any other form of remuneration.

The security consultant considers that limitations on the use of cash will ‘curtail the junkets’ freedom of action’ and may lead to ‘further industry consolidation’, as the sector has already witnessed a string of increased regulatory and oversight regulations being advanced by the DICJ in recent years.

‘Junket promoters are at extreme risk.  These organisations have historically identified VIP gamers in China, and helped move funds out of the mainland, or have collected debts, often operating in symbiosis with triad societies and corrupt officials.  Now, though, an emphasis on law and order will raise the costs of infringement sharply,’ the Hong Kong-based consultant noted.

‘Some recent signs have emerged of major junkets, such as Suncity Group, diversifying their interests away from Macau, to the Philippines, say, or Vietnam.  Whether these companies can adapt in time, though, is not yet clear’

Secretary for Economy and Finance Lei Wai Nong previously indicated that they do not “want to see the previous instances of illegalities in the past” and needed a prevention mechanism to better prevent it and have better oversight of junket operations”.

According to a legal advisor from the Secretary for Economy Office, Ian I Lin, the revision was set to clarify the responsibility held by the concessionaire in case of such illegal deposit activities.

Recently the TUI upheld a ruling by the Court of Second Instance (TSI) that previously found Wynn Resorts (Macau) S.A. (WRM) – an indirectly subsidiary of Wynn Macau and the direct gaming concessionaire holder in the SAR – jointly liable alongside junket operator Dore Entertainment Co. Ltd for the repayment of a HK$6 million (US$747,482) debt to several plaintiffs., a decision seen by experts as a landmark ruling for the city’s casino industry.

The consultant underlined that the casino industry’s rapid expansion ‘always depended on a degree of acquiescence’ in capital outflows and widespread concealed organised crime involvement with the junkets, acquiescence he considered had now been retracted by the central Chinese and the local Macau governments.