Companhia de Electricidade de Macau (CEM) will lower electricity tariffs next month, the companys advisor to the executive committee, Iun Iok Meng, stated to local public broadcaster TDM.
According to CEMs advisor, the tariff decrease is mainly due to the new electricity prices of China Southern Power Grid and a falling RMB exchange rate since July of this year.
TDM Radio stated that the single-day peak in electricity consumption in August was 932 megawatts recorded on 9 August, around four per cent higher than last years record. The CEM advisor also believes Macau will finish the year with a five per cent year-on-year increase in energy consumption.
As a way of making the citys power supply more stable and less dependant on Mainland China, the CEM advisor stated the company will start using natural gas generators in the planned electric substation, replacing the old diesel ones, to power the new Islands District Medical Complex. 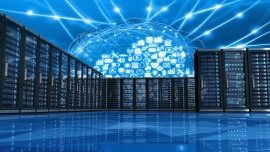