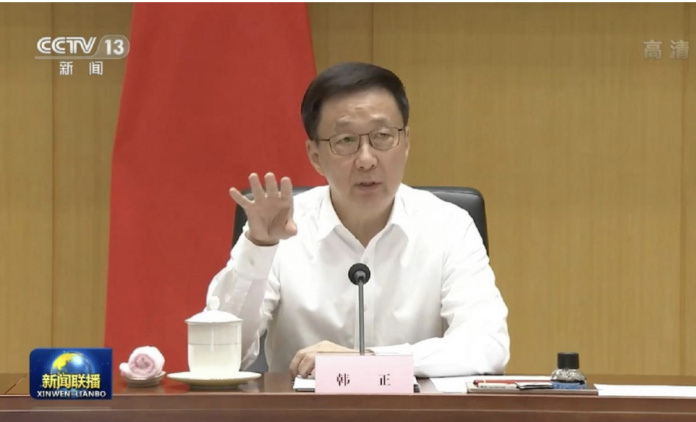 Mr Han, who is also the leader of the central government’s central leading group on Hong Kong and Macau affairs, made the remarks in a remote meeting with Macau Chief Executive Ho Iat Seng on Friday, state-owned broadcaster CCTV reported.

The state leader also said the Macau SAR Government should be on guard against the COVID-19 pandemic, as well as maintaining its efforts in stabilising the economy and alleviating the people’s hardships.

Beijing will also strengthen its support for the development of the Guangdong-Macau In-depth Cooperation Zone in Hengqin and Macau should “seize this important opportunity” for economic diversification, Mr Han said.

Xia Baolong, director of the Hong Kong and Macau Affairs Office of the Chinese State Council, also met the city’s Chief Executive earlier this month, pledging the central government will “proactively study and roll out” policies and measures to support the tourism development of Macau.

Mr Ho is going to host a press conference on Saturday morning (tomorrow).