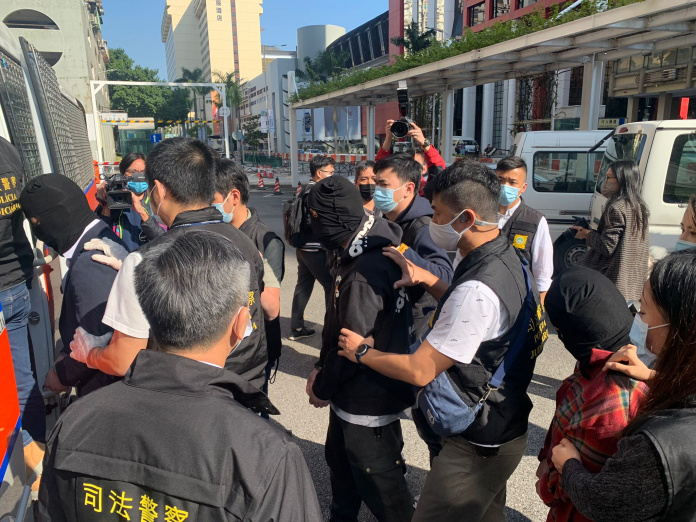 Five persons of interest, including the chief executive of the Suncity Group, Alvin Chau, are being held in preventive detention, as part of an investigation into suspected illegal gambling and money laundering, Macau’s office of public prosecution announced.

The investigating judge in the case also decided to apply time limits of identity and residence, bail, periodic presentation and a ban on leaving Macau to the remaining six defendants, to prevent the possibility of them fleeing the territory, the office said in its statement.

Following the preliminary investigation, prosecutors determined that there was sufficient evidence of the crimes of participating in a criminal association (which is punishable by up to 10 years in prison), of leading a criminal association (up to 12 years in prison), of money laundering (up to eight years) and of illegal gambling (up to three years) to warrant requesting that they remain in custody.

The judge ruled after questioning the 11 defendants, who were detained on Saturday, and given “the seriousness of the nature of these crimes, namely their enormous impact and damage caused to the lawful gaming sector in Macau and the stability of the financial order” in the territory, the statement said.

Suncity is the world’s largest collector of high rollers – large-scale gamblers – and is present in almost half of Macau’s casinos.

In 2019, in the course of an investigation, Macau’s Judiciary Police (PJ) detected the existence of a criminal group taking advantage of casinos’ VIP lounge operations to create networks of gambling platforms to recruit residents from within China for illicit online gambling.

On Friday, the prosecutor’s office in the city of Wenzhou, in eastern China, asked Alvin Chau to turn himself in to authorities and cooperate with the investigation.

Chau – a resident of Macau – developed a network of staff in mainland China to arrange junkets – visits to overseas gambling halls – and participation in cross-border online gambling activities, according to a statement from the Chinese authorities.

He is suspected of establishing an asset management company in mainland China to facilitate the exchange of assets for gambling chips in order to circumvent tight controls on capital outflows from the mainland, and the collection of debts incurred by clients.

Chau is also said to have set up an online gambling platform in the Philippines and elsewhere in 2016 aiming to facilitate cross-border gambling, the MP indicated.

Wenzhou police further ascertained the use of illegal channels, such as clandestine banks, in providing fund settlement services to gamblers.

May 24, 2022
UK banks and insurers face big hits to profits unless they take immediate action over...

May 24, 2022
US President Joe Biden and Anthony Albanese swapped banter, reminiscences, and even sleeping advice in...
Load more