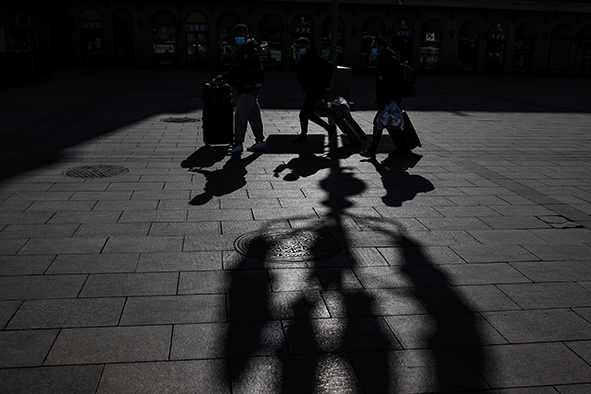 It will be a challenging year for the local tourism industry. The sector should focus more on regional products to tap in the post-COVID-19 market, industry insiders and observers say.

The New Year has so far seemed not to bode well, at least for Macau’s local tourism. With the sporadic rise of COVID-19 cases across some Mainland Chinese provinces, as well as the uncertainties of the pandemic situation across the world, tourism operators expect a challenging year ahead, requiring prompt support from the authorities.

Despite a decline of 85 percent on the tourist arrivals to the city to nearly 5.9 million in 2020 as a result of the travel constraints imposed by the coronavirus outbreak, the tourism tally has bottomed out since last April and mounted a month-to-month rising streak for eight consecutive months, as demonstrated by the latest government data. In last December alone, the city received over 659,400 travellers, or 21,270 travellers a day, rising 3.6 percent from the previous month, but down by 78.6 percent from a year earlier.

This slow recovery was spiked by the nationwide resumption of the Individual Visit Scheme (IVS) for Mainlanders to visit Macau in September, as well as a basket of incentives rolled out by the authorities and the industry to entice this major tourist source market.

Nonetheless, after the turn of the year, the momentum has lost steam. “As the tourism tally has been pretty decent in the Christmas and New Year holidays, we originally expected the performance would be even better in Chinese New Year,” says Wong Fai, director of the Travel Industry Council of Macau, referring to the Chinese New Year (CNY) holiday that begins on 12th February this year.

“Now the Mainland and Macau authorities have encouraged residents to avoid travelling during the CNY holiday. This has definitely dealt a blow to local tourism,” the remarks. “We have seen the cancellations of some hotel bookings between end-January and February after the calls from the authorities.”

In the wake of the rising number COVID-19 cases since the winter season, the central government and provincial authorities across the border have scrambled to fend off a new wave of infections, including lockdowns for some cities and urging residents to stay in their homes.

Mr. Wong highlights the difficulties with predicting the tourism volume for the CNY holiday over the uncertainties of the pandemic, adding that visitation could probably be similar to the level recorded in the Chinese National Day Golden Week in October, or at best, match the Christmas holiday tally. Macau received about 156,000 travellers, or 19,500 visitors a day, in the 1st-8th October 2020 holiday, and the daily figure further improved to over 24,000 in the Christmas period.

“It is expected that the pandemic situation abroad will remain severe for some time, so local tourism has to solely rely on the Mainland market in the meantime,” he details. “The outlook for tourism this year really has to depend on the development of COVID-19 — the implementation of the vaccine scheme in the Mainland and the territory and whether travel restrictions will gradually be lifted after the CNY period.”

The Macau government has forecasted the city would receive about 14 million travellers — or 38,356 visitors per day — this year; mainly arrivals from the Mainland and nearby Hong Kong. But at the moment, only tourists coming from the Mainland can visit Macau without a mandatory 14-day quarantine.

No package tours yet

“The tourism volume has so far been only recovered to about 20-30 percent of the pre-pandemic level since the resumption of the IVS,” says another veteran tourism figure, Andy Wu Keng Kuong. “We originally hoped there could be package tour groups again after the CNY period, but it’s really not clear at the moment, as the authorities have stepped up the measures [against] the COVID-19 in recent times.”

Though the IVS has been restored since last year, while Mainlanders could also come via transit, business or family visas, the package tours — accounting for about 20-30 percent of Mainland travellers to the city — have been suspended since January 2020. Attempts to urge Beijing to restart of package tours by the local authorities have been futile so far.

The chairperson of the Macau Travel Industry Council, Mr. Wu, now believes the first half of 2021 will be still “challenging” for local tourism, especially tourism operators that have to rely on outbound and inbound package tours. “The authorities should pay attention to the latest development and promptly roll out support for the industry when needed,” says Mr. Wu. “It’s just difficult to rely on the domestic demand… and only the resumption of package tours could inject new momentum into the sector.”

In spite of at least MOP400 million spent with Air Macau and Chinese e-commerce and telecommunications giants Tencent and Alibaba Group to give out discount offerings on Macau tourism products for Mainlanders last year, the government has also advanced “Macau Ready Go! Local Tours” campaign, subsidising residents to join local tours organised by over 150 travel agencies here. As the initiative between last June and September attracted the participation of more than 140,000 participants and yielded economic benefits of over MOP56 million, the administration has pondered the possibility of undertaking a similar initiative again this year.

Some industry participants look beyond the city for opportunities amid the bleak climate in the gambling hub. Since late 2019, as part of the efforts to advance closer integration in the Guangdong-Hong Kong-Macau Greater Bay Area, the Hengqin authorities have rolled out a scheme for Macau and Hong Kong residents with a valid tourist guide license to offer tourist guide service on the island after meeting several requirements and passing tests.

According to the Macau Tourist Guide Association, over 400 out of nearly 2,000 Macau tourist guides are now qualified to work in Hengqin. “This shows that local guides are eager for this scheme,” says Angelina Wu Wai Fong, president of the group.

Nonetheless, only a couple of guides have so far successfully offered service in Hengqin. “One of the main reasons is the drastic decline in the number of package tours, particularly no tours from Macau and Hong Kong to Hengqin, due to the pandemic” Ms. Wu says. “The competition with the Mainland guides is also fierce, as the service charge of Mainland counterparts is lower and Mainland travel agencies are used to working with the Mainland guides.”

The group head suggests there could be more communications between the authorities in the two sides over the scheme, and Macau tourist guides should be prioritized for the tours from the city.

This tourist guide scheme might just explain the lack of progress of regional tourism cooperation. Despite years of push for multi-destination itineraries in the region, there is room for better exchanges and communications. “There has definitely not been any fruitful results for the multi-destination itineraries [in the Greater Bay Area],” legislator Si Ka Lon recently said. “The authorities should further facilitate diversified and quality tourism products, particularly [between Macau] and Hengqin and Zhuhai in the aftermath of the pandemic.”

This push for the multi-destination itinerary has been injected with new momentum in recent times with the promulgation of the Culture and Tourism Development Plan for the Greater Bay Area by the Chinese Ministry of Culture and Tourism. The plan outlines directions for the overall tourism development of the region until 2035, which should become an exchange hub for eastern and western cultures and a world-class tourism destination.

The 20-page document emphasises that the three sides should deepen their coordination in policies and planning in the fields of tourism and culture for “an open cooperation mechanism,” proposing that the tourism products offered in the region could be linked with themes of gastronomy, heritage sites and sport events. Marine tourism products to be offered by Macau are also highlighted in this blueprint, which, however, lacks any details for execution.

Samuel Tong Kai Chung, president of the Macau Institute of Management, hails the timing of the promulgation of this plan. “There have been studies suggesting the change of behaviours of visitors after the COVID-19 pandemic; for instance, visitors might opt for short-to-medium haul travel,” he says. “So this plan somehow addresses the potential regional tourism demand.”

Better border infrastructure and marketing tools and strategies are required to promote these regional tourism products. “Once the travel constraints have gradually been lifted, I believe both Macau and Mainland residents will be eager to tour the Greater Bay Area,” he adds. 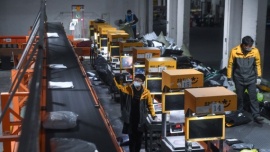 February 19, 2021
China's economy continued to gather steam during the Spring Festival period, although millions of people...