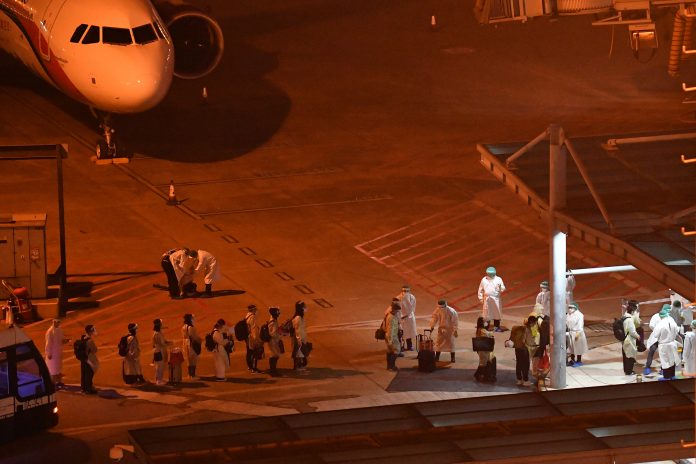 Macau authorities are preparing a special flight for June 1 to pick up residents from the SAR studying in that Chinese city from Shanghai, the authorities announced today (Thursday).

“Air Macau has obtained the preliminary consent of the competent authorities in Shanghai and will make efforts to provide a special flight on June 1st,” reads a statement released today by the Education and Youth Development Bureau (DSEDJ).

An outbreak of covid-19 in Shanghai, in eastern China, prompted Chinese authorities to impose a near-total lockdown on the city, with around 25 million people, about two months ago.

At the end of April, the president of an association of Macau university students in Shanghai told Lusa that about 140 students wanted to return to the territory and that the government of the Chinese special administrative region had requested cooperation with the anti-pandemic measures in force.

In mid-March, the College association had already contacted the Macau authorities, “but all [government] departments indicated that there was no way to solve the problem of returning students”, said Coco Choi.

Choi described that, due to anti-covid-19 policies in the Chinese economic capital, students faced difficult conditions.

Macau authorities said, however, that, at that time, there were no flights from Shanghai to the territory.

In the statement issued today by the DSEDJ, it is read that, “in mid-May, the epidemic in Shanghai was effectively under control”, but that the fact that “airport services are still limited”, continued to make it impossible to organize flights to Macau.

However, the note noted, that in recent days, there has been progress in negotiations between the two cities.

“After coordinating with Air Macau, DSEDJ will contact the students in order to collect the materials needed to purchase airline tickets in Macau,” he concluded.