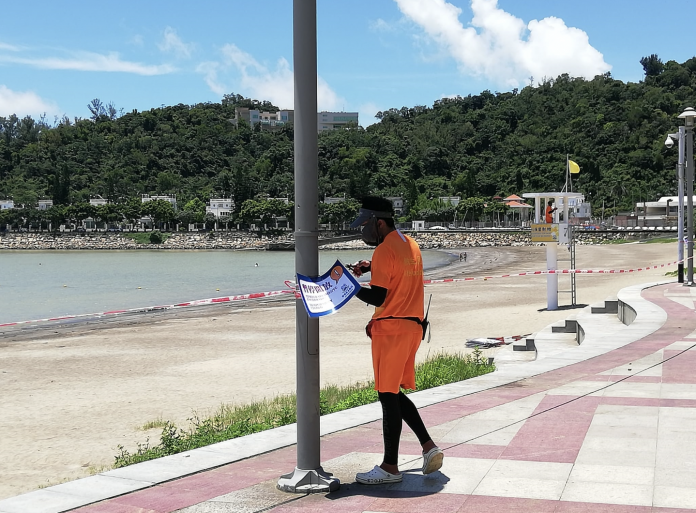 The Marine and Water Bureau has announced the closing of Hac Sa and Cheoc Van beaches starting from today (Thursday), with fences set at the entrances and exits of the beaches to prohibit any entry.

All swimming and water sports near the beach area are also suspended until further notice, according to the DSAMA announcement.

The Sports Bureau has also announced the opening of all public sports facilities will be suspended until further notice.

The number of confirmed cases registered in the city in the most recent outbreak has jumped to 110, health authorities reported.

In light of the latest development, the government has ordered the suspension of all entertainment, sport and leisure venues, as well as the dine-in services of restaurants and drink shops, starting from 5:00 pm today. Casinos are exempt from this blanket ban.