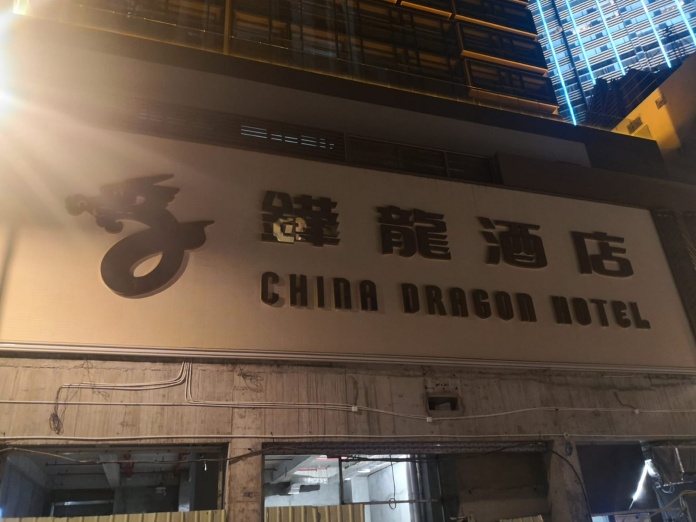 Tourism authorities informed Macau News Agency that they have already received a request for a license for the opening of the China Dragon Hotel, a 2-star hotel under development in a land plot at Travessa do Comandante Mata e Oliveira belonging to businessman Chan Meng Kam.

The property at Travessa do Comandante Mata e Oliveira no. 5 – 11 and adjacent land is expected to provide 185 hotel rooms after its inauguration.

Previous plans to develop a 24-storey 2-star hotel with parking space on a 737 square metre land plot stretching from Av. Praia Grande to the Travessa Mata e Oliveira in downtown Macau were originally revealed in a dispatch in the Official Gazette announced in 2018.

The total surface of the land plot comprises the merger of a 569 metre squares originally leased to Lun Tát Real Estate Investment Company, Limited – a company owned by the former legislator – with two other minor plots of 44 square metres and 124 square metres and with an attributed value of MOP5.4 million and MOP15.4 million, respectively.

According to the 2018 dispatch, the leasing concession of the first land plot has been renewed while the two minor plots have been granted to the company as leasing concessions without public tender, with the land’s concession awarded until September 23, 2027, pending its development.

The concession contract foresees the payment of an annual rent of MOP11.7 million to the Macau SAR Government.

The design plan presented by the company was approved by the Land, Public Works and Transport Bureau (DSSOPT) in a dispatch dated March 3, 2016.

According to the initial plan, the total construction area of the hotel will amount to 9,984 square metres, with the car park occupying a total area of 511 square metres.

Signage present at the construction site indicates the development is under EHY Construction and Engineering Company Limited, a subsidiary of local contractor MECOM Power and Construction Limited.

The company indicated in its 2020 annual financial report that the project generated a total of MOP65.3 million in revenue.

Gaming Inspection and Co-ordination Bureau (DICJ) informed MNA that it has not received any request from a gaming concessionaire to operate a casino on the property.