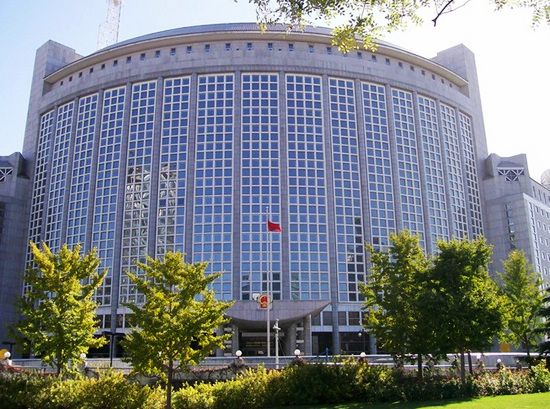 The spokesperson made the remarks in a press release answering a query on a Macau-related issue.

On July 31, the Macau Court of Final Appeal decided to dismiss appeals filed by three candidate teams and to uphold the decision of the Electoral Affairs Commission for the Legislative Assembly Election to exclude their candidate lists from the upcoming election. Spokespersons of the U.S. State Department and the European External Action Service then voiced their opposition to the disqualification of candidates.

The Chinese Foreign Ministry spokesperson said China deplores and rejects it that relevant sides have time and again made wanton comments on affairs of China’s Hong Kong and Macau SARs.

Their moves are in grave violation of international law and basic norms governing international relations, the spokesperson said.

Supporting the Basic Law of the Macau SAR of the People’s Republic of China and pledging allegiance to the SAR are the legal requirements for members of the Legislative Assembly, said the spokesperson.

The ruling made by the Court of Final Appeal of the Macau SAR, based on laws and facts, has implemented the fundamental principle of “patriots administering Macau” and safeguarded the constitutional order as established by the Constitution and the Basic Law. It has also kept the solemn election of the seventh term of the Macau Legislative Assembly free from irregularities, and demonstrated the judicial justice and authority of the Macau SAR. “The relevant decision is supported by all sectors in Macau, and we firmly support it,” said the spokesperson.

Since Macau’s return, “one country, two systems” has made remarkable achievements. The wide-ranging rights and freedoms enjoyed by the people in Macau are fully protected under law. These facts shall not be distorted, the spokesperson said.

“I want to stress that Macau is China’s SAR. China will continue to resolutely ensure the steady and sustained implementation of the successful practice of “one country, two systems” with Macau characteristics. In the meantime, we will firmly oppose interference in Macau affairs and China’s internal affairs by any external forces,” said the spokesperson.