Clyde Russell Reuters columnist Chinas efforts to re-energise its economy through interest rate cuts are probably not enough to give much of a boost to commodity import demand, but oddly enough may act to boost some commodity exports. The Peoples Bank of China cut interest rates for the third time in six months on May 10 in the wake of weaker-than-expected trade and inflation numbers. Analysts are divided on whether the rate cut will have much of an impact, with a seeming consensus that at best it will act to halt the slowing of economic growth, rather than increasing the pace. For natural resource producers, already pressured by prices close to multi-year lows for several major commodities such as iron ore and coal, even a stabilisation of economic growth around Beijings 7 percent annual target would be good news. However, for Chinas commodity demand to rise in any meaningful way, its likely that fiscal stimulus in the form of increased spending on infrastructure and social housing will have to be put in place. While this option is definitely on the cards, it will take some time for measures to be enacted and result in a boost in commodity imports. Whats more likely in the short term is that the authorities make concerted efforts to maintain employment levels, as keeping jobs is generally viewed as a higher priority for Beijing than ensuring profitability, especially in the giant state-controlled enterprises. Many of these enterprises are in the resource sector, such as steel mills and aluminium smelters. Its no secret that both Chinese steel and aluminium producers have been struggling to stay in the black in recent years, given overcapacity and slower economic growth. Additionally they are confronting pollution issues and government policies that are encouraging a move toward a more consumer-driven economy and less reliance on export-orientated heavy manufacturing. Nonetheless, for now these industries remain vital employers of large numbers of workers, and in the current economic environment, it would be hard to see them idling capacity. This means that the recent trend of rising exports of steel and aluminium products is likely to continue. Rising export trend Exports of steel products jumped 33 percent to 34.31 million tonnes in the first four months of the year from the same period in 2014, while those for aluminium products leapt almost 40 percent to 1.65 million tonnes over the same period. Of course, Chinese exports of steel and aluminium can only happen if they are price competitive, although this is more of an issue for aluminium. But with Shanghai Futures Exchange benchmark aluminium contract only modestly higher for the year, and the London equivalent rising, especially in recent weeks, the competitiveness of Chinese production will be improving. There are other factors to consider. On the negative side for Chinese exports of aluminium is the declining premium for physical delivery in the West, while on the positive side is the removal of export taxes on more aluminium products. Overall, the trend is likely to be that Chinese steel and aluminium producers will be encouraged to keep output high, and may try to boost exports as a way to sell surplus output. High operating rates may also boost imports of raw material such as iron ore and bauxite, but given the emphasis on preserving jobs, its also likely that domestic mining, particularly of iron ore, will be encouraged, even if its loss-making. Looking further afield, its possible that exports of refined oil products may also rise in coming months. While refineries arent nearly as significant employers as steel mills and aluminium smelters, its possible that Chinas oil companies will also be encouraged to operate at high levels as part of efforts to stimulate the economy. This raises the likelihood of excess refined fuels being exported, especially if domestic demand growth remains muted. China already has more than 2 million barrels per day of excess refining capacity, and with Asian refining margins currently higher than the average for the past year, there will be a profit incentive to export fuel as well. Reuters

Five things to watch for at the Golden Globes 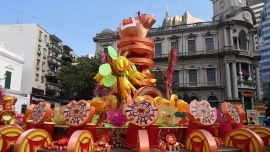 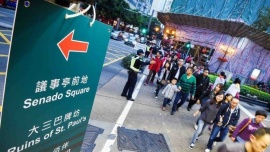 OPINION – What if they never come back?

February 21, 2021
Swimming among some of my daily negative thoughts I stumbled upon a troubling prediction. What...
Load more

Five things to watch for at the Golden Globes